Whistleblower law is weak in practice 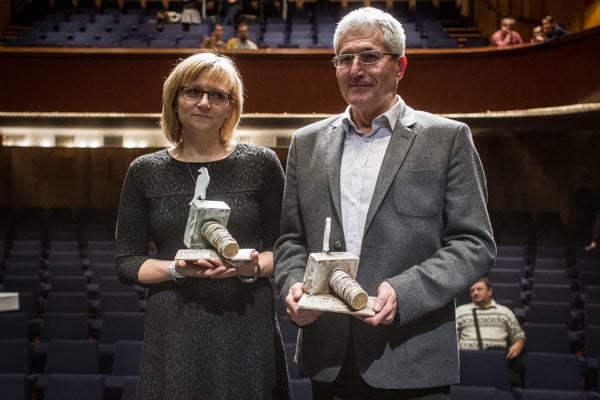 AS THE White Crow (Biela Vrana) prizes for whistleblowers were handed out on November 17, civil society groups note that a law designed to protect such people from retribution by employers is for the most part ineffective.

“The current situation indicates a failure with implementation of the law in the state administration,” said Pavel Nechala, a lawyer at Transparency International Slovensko (TIS).

Having insiders report wrongdoing is the most effective means for revealing illegal practices. However, in the private sector, just 40 percent of such incidents are ever disclosed, according to TIS.

The low number of people who speak up is partially caused by lack of information. Applications were held up at the inspectorates responsible for providing protection and some did not even respond. Most of the employees did not want to speak up because they feared retribution. Practices by employers sometimes reminded people of the type deployed during communism, including termination of contract, salary cuts or relocation to different posts, according to TIS.

The law on whistleblowing should guarantee legal protection for people who reveal and report illegal activities or activities that harm society as of the beginning of 2015. By passing the law, Slovakia wanted to meet the OECD criteria on bribes and international transactions. However, the recent survey by TIS found the law ineffective.

“Only seven whistleblowers were given protection when reporting cases to police, prosecutor’s office or another institution,” Zuzana Dančíková from TIS said.

The Interior Ministry points to experiences from abroad, for example Serbia, documenting poor application of similar laws during the first year as it takes time until the public is aware.

“The Interior Ministry did not even expect massive application of the law because we presume that most of the cases are dealt within the internal system of the company,” said Marta Fabianová from the press office of the Interior Ministry. “Protection of the employee has several levels, depending on whether the employee reported the illegal activity only within the company structure or made a formal criminal charge.”

It differentiates between preventive measures or full protection by the Labour Inspectorate Office.

Each employer or business owner with more than 50 people is bound by the law to appoint one employee responsible for taking and assessing reports, said Labour Inspectorate spokeswoman Slavěna Vorobelová.

“Employers should put value on revealing corruption in the company structures,” she added. “If the employee is convinced that the employer has taken undue action in relation to the report, they have seven days to contact the Labour Inspectorate Office.”

The inspectorate will put on hold any action of the employer for 14 days. If in the meantime the person makes a formal charge, he or she will stay untouchable until the court delivers the final verdict. The employee can also apply for anonymity, which is binding for all the authorities dealing with his case.

“By the law, each employer can take legal action or make a decision against the protected whistleblower only if it was agreed by the Labour Inspectorate,” Vorobelová said.

The inspectorate will authorise the action only if proved that it has no connection with the reporting of illegal activity or action against society.

“Providing protection should prevent negative actions of the employer against the employee in the form of salary reduction or cuts, delegation to a lower position or ending the contract without a notice period,” Fabianová said.

Protection is within the competence of the court, prosecutor, and the administrative authority, and it is supervised by the Labour Inspectorate.

Although 93 percent of cases of corruption end with prison sentences, only 333 out of 663 convicted really ended up in a penitentiary, TIS reported. Moreover, only 27 of all charged persons were elected representatives, which proves that it is only small fish getting caught.

TIS also criticised the low degree of publicity about the protection. The inspectorates do not publish information on their websites and do not organise workshops or provide model scenarios. Partially, it has to do with low financial motivation of the inspectorates, as the new competences were not reflected by increased financial support.

The poor functioning of the whole system further discourages people from taking an active approach. This might be one of the reasons why Slovaks are rather incredulous towards investigation of illegal activities and according to research only 5 percent would report corruption.

Transparency International conducted a Global Barometer survey in 2013, which involved over 114,000 people in 107 countries and proved that corruption is cited as among the biggest problems in societies all around the world. More than two-thirds (67 percent) of people think that ordinary citizens can contribute towards decreasing corruption with their activity, according to the survey.

“Portayal of positive cases in the media as it applies to the Whistleblowing Act can help better inform the public,” said Fabianová.

The Interior Ministry claims that the law on whistleblowers aims to motivate employees to report anti-social activity that is connected with their occupation. TIS suggested that the ministry should investigate whether the current financial and personal capacities of the inspectorates are enough for providing effective protection for the whistleblowers. Information should be available and comprehensible even for lay people and aimed at the needs of the users.

Many NGOs are active in supporting people who report corruption or other illegal activity. Via Juris and Zastavme Korupciu organise the Večer Bielych Vrán – Evening of White Crows – where they award the people who dared to speak up. The 2015 event was held on November 17 – the anniversary of the Velvet Revolution – and it also offered discussions with people who support selfless help and the fight against corruption.

Doctor Alan Suchánek and nurse Magdaléna Kováčová reported the overpriced purchase of a computer tomography machine at a Piešťany hospital in the autumn of 2014. The case resulted in the resignation of several top officials in health care and hospital administration. Catholic priest Anton Srholec was awarded for his life-long contribution to charitable work, and journalist Andrej Bán talked about his years of travelling and documenting the lives of people in difficulties.