PRIEST Anton Srholec, a communist-time dissident and charity proponent, died on the morning of January 7 in Bratislava, at age 86. 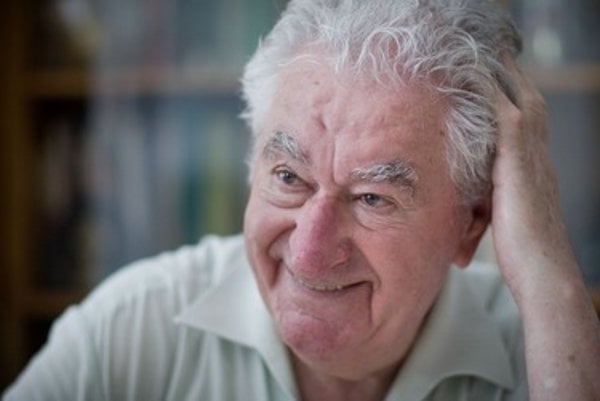 He died after 68 years of monastic life, of which he was a priest for 45 years, spokesman of Salesian monks, Rastislav Hamráček, informed the SITA newswire. In recent months, he suffered from cancer which was also the cause of his death.

The life of Anton Srholec was a symbol of the fight for faith, freedom and humaneness.

He was born on June 12, 1929 in Skalica. After he decided to study theology, which was not possible in then communist-Czechoslovakia, he tried to illegally emigrate abroad in 1951 to study there. However, he was caught and sentenced to 12 years in prison, of which he served 10, mostly in uranium mines in Jáchymov; after his release in 1960, he was a labourer working at construction sites.

In the following years, after the fall of communism, Srholec was active in the Helsinki Committee and other organisations, as chairman of the Confederation of Political Prisoners of Slovakia (KPVS), and he mostly focused on working with homeless people. In 1992, he founded a re-socialising facility for the homeless, Resoty, in the borough of Podunajské Biskupice, which offers a shelter for dozens of deprived people.

Srholec was active in public life, lectured and wrote stories and books. He received many national and foreign awards. In 2003, Anton Srholec received the Order of Ľ. Štúr 2nd class from the then-Slovak president.

His death was bemoaned and his life and importance was stressed by Slovak president Andrej Kiska who said, as quoted by the SITA newswire, that Srholec found God in good deeds and smiles of people. Srholec helped make Slovakia a better and nicer place, and wanted it to be a true home for people, not a house being left by its inhabitants, Kiska added.