IN EARLY December the Education Ministry issued a practical guide for school employees. 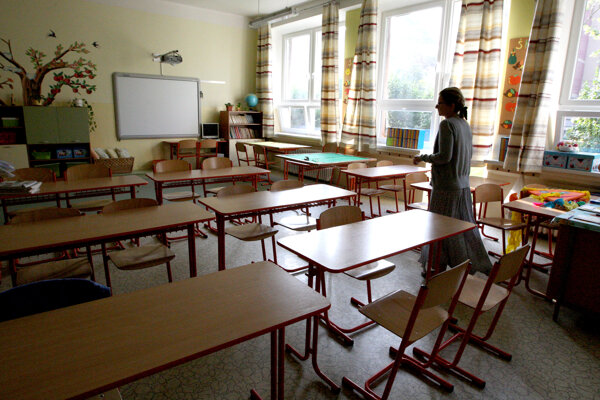 It includes models of situations in which the rights of employees are violated and it should serve as a guide on how to manage similar situations or how to avoid them.

A campaign called Zber Strachu (Collection of Fear) collected stories from teachers who experienced bullying, mobbing, bossing or witnessed violations of law and put together the anti-mobbing manual, which formed the basis of the guide.

Enforcement of the law is one of the major shortcomings also in education.

“Education is still on the margin of society despite the politicians’ talk that it is a priority,” Ľudovít Sebelédi, the chairman of the New School Trade Unions told the Pravda daily in January 2014.

Collection of Fear reported on over 250 stories and uncovered significant problems in the education sector that were lacking systematic solutions. They included cronyism, corruption, manipulation in choosing the school management, nepotism, non-professional interference into school management, incomprehensible financial management, bribery, and violation of employee laws.

“Many school principals do not allow continual and credit education as a more qualified teacher is more expensive for them,” confirmed Mária Rothensteinová from the Initiative of Teachers from Bratislava (IBU).

According to Sebelédi, a similar guide should have been a part of compulsory teacher training long ago.

“Teachers are in large part illiterate on this issue,” he told The Slovak Spectator.

The guide offers practical examples that solve model situations. Each of them includes the corresponding regulations and persons for reference. Some of them include even a description of inappropriate practices.

One case includes a youthful offender who created a fake profile on a social network, contacted her teacher and under false identity obtained compromising photos of the teacher. Consequently, the offender introduced herself as a former student and blackmailed the teacher to pay her €800; otherwise she would make her photos public.

The student wanted to take revenge on the teacher after she suggested lowering her grade for behaviour. The offender was given a probationary sentence and she was deprived of her personal computer that was used for blackmailing. Later the offended teacher was also advised to file a charge in court. Similarly, a father of a student was sentenced for verbally attacking a teacher.

Including the examples speaks more vividly than if the guide included only the plain language of the legislation.

“Teachers can use the guide to attest potential violation of laws in their case,” said Rothensteinová. They will also find whom to contact in a particular case. “Violation is explicitly defined in the guide, which does away with misunderstanding.”

The main expectations of the guide are increasing the awareness of the legal status of the teachers themselves and providing guidelines for solving problems.

However, publishing the guide on the official webpage of the ministry is not enough. Javorková stressed that “it must be in the teacher rooms; teachers must be interested in discussing its contents, seek solutions to their problems and find them”.

“The contribution depends also on the bravery of the teachers to enforce obedience with the laws,” Sebelédi said.

This aspect also needs improvement, which should be helped by communication, including social media.

IBU considers the guide as the first step towards improving the social status of teachers.

“If the teachers learn to fight for their rights, society will appreciate it and begin to respect them,” said Rothensteinová.