THE Mountain Rescue Service (HZS) has noted an increase in accidents in the Tatra mountains, including seven fatalities in recent weeks. 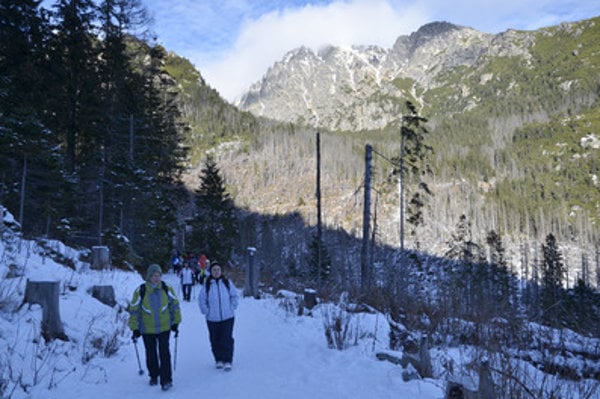 The deaths -- all on the Slovak side of the border -- took place around the turn of the year and another 152 less serious incidents were recorded. On the Polish side, six people died.

Most of the recent accidents come after falls in a slippery terrain. “I do not remember so many accidents in such a short time,” head of HZS Jozef Janiga told the Sme daily.

On January 3, a climber fell in High Tatras, when climbing Predná Bašta with his friends. He fell for 200 metres and died on the spot, while of his friends had to be pulled out with a winch.

Snow on the slopes of High Tatras was firm and icy those days, and for climbers able to move on solid, though slippery surface, it was ideal. However, less experienced hikers are worse off. As there is less snow, those who slip often fall on the hard surface and their injuries are more serious. “Each fall, even the smallest one, can cost you dearly,” Janiga said. As anyone, including more experienced climbers, can slip, the only precaution to avoid serious injury is quality belaying.

The worst affected groups are ski-Alpinists and pseudo-climbers, according to Janiga. They may have a proper equipment but if they fail to use it adequately many serious injuries can occur, he said. The mountain trails accessible to tourists are passable, but the ice – and in parts also snow – layer requires hikers and climbers to use trekking poles and climbing irons.

Although the Mountain Rescue Service informs on the right equipment for common hikers, ski-Alpinists and climbers, people do not stick to these recommendations, Janiga said. This was probably also the case of the hikers who got into icy terrain on January 3.

“As they did not have the necessary equipment, the terrain under Malý Baranec was a real danger for them, had they continued,” HZS wrote. Most frequently, hikers lack the avalanche locators that help find victims of avalanche.

The summer season in Tatras was also tragic. Between mid June and end of September, mountain rescuers launched 366 rescue operations, which is an increase of more than 19 percent as compared to 2014. There were twice as many fatal accidents, 20 as compared to 10 in 2014; in part because of the crash of a rescue helicopter in which all four crew members died. 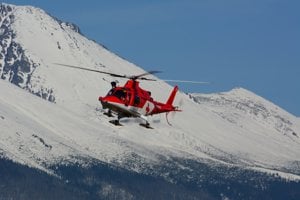 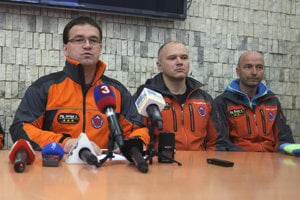 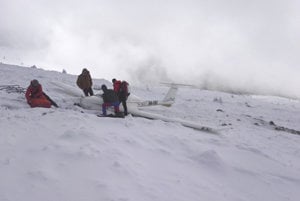 Conditions in Tatras are excellent, mountain guide Michal Gerčák of Mountain Addiction told Sme, adding that tourists should be careful, though. By the end of November, the first snow fell, he explains, but then a warm wave came. After the air cooled by the end of year the snow surface got hard. These are normal firm conditions, Gerčák said.

From the point of view of a climber, these are excellent conditions; one does not sink into fresh soft snow, and in the Tatras, people can climb ice-falls, but they have to be alert all the time. Mountain guides have to make sure their clients walk correctly in climbing irons and are well belayed, he said.

If a hiker tumbles in climbing irons on fresh snow, they can slip but nothing much happens. However, if they tumble on a firm surface in a 45-percent slope without belaying, the climber potentially slides further down the slope onto rocks.

Everyone who enters mountains should have climbing irons and a pickaxe to prevent a fatal fall in case of slipping. If a climber makes a mistake and slips, they can still grip the snow. However, even if the climber has climbing irons that catch hold of the terrain, this can cause rotations and somersaults without a belaying rope.

“Common tourists need not be professional climbers,” Gerčák said, “but they should master the technique of walking in climbing irons: it is hard to describe but basically it means to climb with all spikes against the snow surface. Legs should be slightly bent and shoulder-length apart.”