CHAIRMAN of the Party of Roma Union in Slovakia (SRÚS) František Tanko accused Igor Matovič of the Ordinary People and Independent Personalities (OĽaNO) movement of buying votes of the Roma; however the latter denied this. 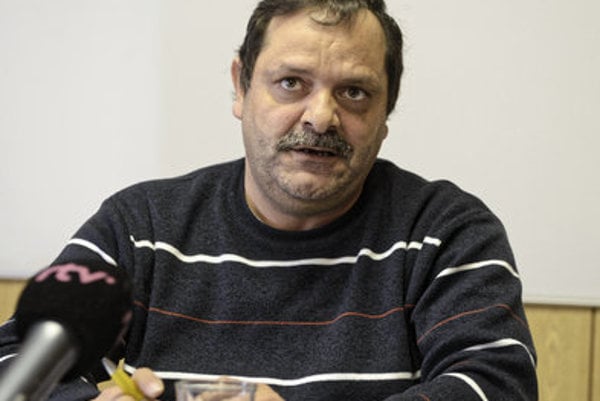 Tanko noticed the alleged vote buying in the eastern Slovak constituency of Sabinov.

“We have serious suspicion and information from our people from Sabinov that OĽaNO has been already recruiting Roma in exchange for financial resources,” Tanko said, as quoted by the SITA newswire. “We have no evidence but a well-founded suspicion. We have direct testimonies of people that Igor Matovič with his group – or collaborators, let us say – is going to impact Roma on grand scale, through financial means. The first amount of money, amounting to €10,000, has already arrived in Sabinov,” Tanko said on January 15.  So far, he has not filed a criminal complaint. He added that Roma votes in the upcoming election will be bought up also by political parties.

OĽaNO leader Igor Matovič vehemently denied Tanko’s accusation. "I don’t know whether it is worth it commenting on fools,” he said. “A folk saying has it that “I judge you by myself”. I strongly request him not to attack me in such a mean way. I suppose Mr. Tanko, as a person close to [Slovak Prime Minister Robert] Fico does some filthy jobs.”

Among other things, Tanko said that his SRÚS party will not try to win votes of electorate in the upcoming March election. Too little has been done for improving the position of Roma in Slovakia, according to him, and the money form the European union to solve this issue was abused by people employed at various ministries.

“Each political party has only made promises but almost nothing has been improved,” Tanko stated. “We have proposed several things to Labour, Social Affairs and Family Minister Ján Richter; but so far we have not received any answer,” Tanko explained, adding that “a new Roma genocide has set in”. He warned that due to immense social poverty, unrest may appear in Roma communities.