Passenger numbers were on the rise at Slovakia's three biggest airports last year. 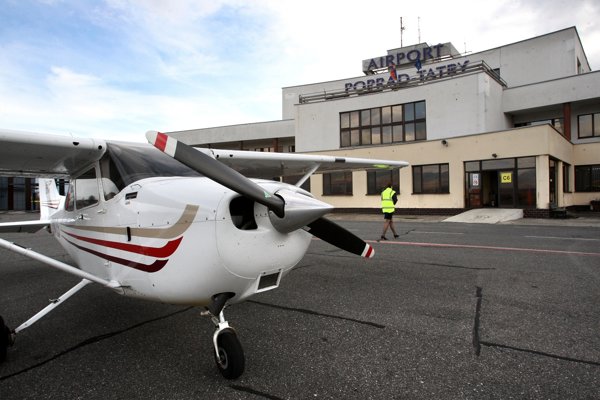 When it comes to regular destinations, London, Dublin, Milan, Rome and Brussels topped the list. Regarding charter flights, Antalya (Turkey), Burgas (Bulgaria), Rhodes (Greece), Hurghada (Egypt) and Heraklion (Greece) were the most popular destinations. Meanwhile, 24,622 flights were recorded at BTS last year, which represents a rise of 14.6 percent year-on-year.

With 1.01 million passengers – an extra 24.5 percent on the year – Ryanair was the busiest carrier at BTS by a long way. Charter carrier Travel Service carried 396,450 passengers, an increase of 4.2 percent compared to the previous year. Czech Airlines posted a fall of 7.7 percent, as it carried close to 31,975 people. Low-cost carrier flydubai, which launched a service between Bratislava and Dubai in December 2014, carried 29,606 passengers last year. Russian low-cost airline Pobeda Airlines has handled 3,338 travellers between Bratislava and Moscow since launching its service at the airport last month.

The year of 2015 was the third best in the history of Košice Airport, with the numbers of flights and passengers increasing, its spokesman Juraj Tóth told TASR. A total of 410,449 passengers were processed by the airport in 2015, a 15-percent increase year-on-year. The largest proportion concerned regular flights.

“The biggest interest was in the link to London operated daily by Wizz Air,” said Tóth. “Košice Airport recorded the second best charter season in its history, with 114,758 passengers, even though that was a decrease of 6 percent when compared to 2014.”

According to Tóth, the airport recorded a total of 8,426 flights, departures and arrivals combined, up 13 percent y/y.

"Four new regular links were launched [to Kiev, Milan-Bergamo, Doncaster Sheffield (UK) and Bristol (UK)], Wizz Air opened its first base in Slovakia here in Kosice, and despite the very unstable situation in Tunisia and Egypt, we recorded the second best charter season in history," said Tmej.

Airlines operated in 2015 regular lines from Poprad to London, seasonal lines Riga-Poprad-Riga and Riga-Warsaw-Poprad-Warsaw-Riga, as well as charter flights to Moscow, Kiev, Dnepropetrovsk, Burgas and Antalya.