Though the sheer cynicism of the government officials’ attitude to the protesting citizens may anger you or leave you cold, it definitely should not surprise you. 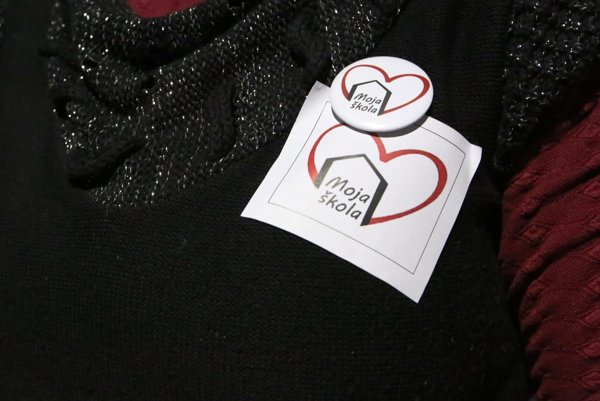 THERE will be no across-the-board strike, Education Minister Juraj Draxler promised on January 17, a week before protesting teachers had pledged to do just that.

It is only a minority of the teachers that are dissatisfied today, Prime Minister Robert Fico said one day before on the public-service Slovak Radio. Fico limited his comments to a dispute of salaries, which he insists the government has already increased – but the teachers unreasonably still want more, he says.

“We are ready to agree with the official representatives of teachers about the content of the programme statement of the government” so that the next government, which Fico clearly believes he will lead, can raise salaries further – but only after the March 5 elections.

Interior Minister Robert Kaliňák did not even acknowledge that the teachers were on strike alert, noting only that “some kind of initiative” had done so, as he told Denník N and RTVS journalists.

That “kind of” initiative as of January 21, four days before the purported strike, included some 10,000 teachers in nearly 600 schools around the country (there are about 89,000 teachers according to the ministry.) and the number had been rising steadily over the previous week.

While the Education Ministry sees little reason for the protest and claims that the average salary of a teacher in Slovakia is €997.1 per month, compared to the national average of €858, such statistics mean little to teachers on the ground.

There is the woman in her 50s who has devoted her whole productive life to teaching children and not only does her salary hardly match the national average, but future pension payments look even more grim.

Then there is the father of a young family, in his early 30s, who has been teaching for a decade. With a one-year-old son, a wife on parental leave, and their monthly income at less than €800 he sometimes spends part of that on a book that he will then use to teach his students. After all there is no book and the school itself is unable to provide any alternative resources. “What the hell, I wanted to read that one anyway,” he thinks.

What about that young math teacher who left teaching for a better salary doing something else, but returned the next year because teaching is his vocation and some office job was just not going to fulfil his ambitions. His former schoolmates tell him he is silly to work for less than half of what they earn in banks and insurance companies.

“We only cover ourselves with the blanket that we can afford,” says Fico, who is fond of old Slovak proverbs. What he really means to say to teachers is that they can either grin and bear it, accepting they will never make a fair wage to educate the next generation of leaders, or they can go work for some bank to wrap themselves in a thick, warm blanket.

Though the sheer cynicism of the government officials’ attitude to the protesting citizens may anger you or leave you cold, it definitely should not surprise you. This government has demonstrated its cynicism many times before. Most recently when they have sought to use the refugee crisis as fodder for their election campaign even as they simultaneously approve a document declaring they want to eliminate hate and intolerance in the country.

If voters are unmoved by the Fico government’s decision to pretend like the refugee crisis isn’t happening, perhaps they can at least note that they are showing the same disdain for the people who are meant to educate their children.