Cargo transport via Bratislava airport up 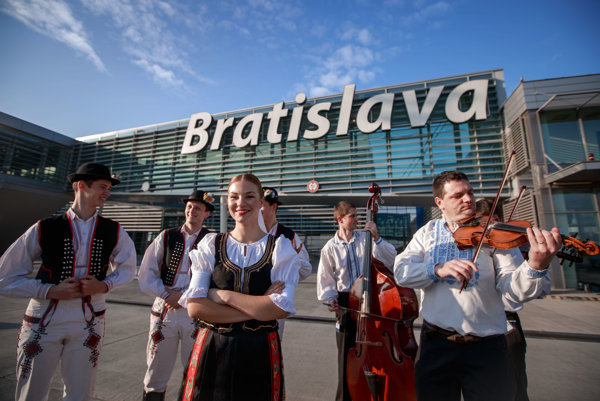 A TOTAL of 21,098 tonnes of cargo was transported via the M. R. Štefánik Airport in Bratislava (BTS) in 2015. While this is an increase by 8.5 percent compared with 2014, BTS general director Ivan Trhlík sees the volume of goods shipped as still too low.

“In the past we neared 30,000 tonnes,” said Trhlík as cited by the TASR newswire.

Trhlík compared the volume with Vienna, via which about 180,000 tonnes of goods are shipped annually even though Vienna airport does not focus on cargo any more significantly than airports such as in London or Amsterdam.

But in Trhlík’s opinion, Bratislava airport lacks a cargo terminal and it also needs to persuade large shipping companies to start flying from, for example, the Far East, to Bratislava and not to Vienna, Brussels or Amsterdam.

“Because of this we have to build a cargo terminal and persuade them that our services are better,” said Trhlík.

A possibility is also a strategic partner, who would join BTS in a joint project as costs for building a cargo terminal handling 65,000-75,000 tonnes per year is estimated at €20 million. Trhlík believes that opportunities of intermodal transport in Bratislava make such costs worth considering due to existing possibilities for further transport by trains, ships or trucks.

Trhlík further states that each airport should develop passenger as well as cargo transport.

“Thus it is nonsense to focus only on cargo transport, as some studies recommended in the past,” said Trhlík.