THE TRUTH is important and the recent allegations that connect both the interior and transport ministers to a massive tax fraud scheme have not been proven. 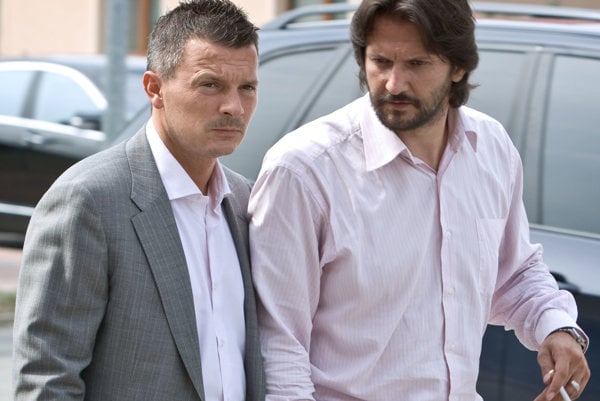 For now, the evidence largely amounts to the assertions of a convicted criminal who was released from prison, almost certainly because he named the two ministers as participants in his scheme.

But ask yourself if it would really surprise you if it were true? Do you think Robert Kaliňák or Ján Počiatek capable or likely to take part in a scam like this?

According to the weekly Trend, convicted fraudster Milan Chovanec has named Kaliňák and Počiatek as part of a carousel fraud scheme whereby a chain of hundreds of firms traded both real and fictitious goods across borders as part of a ruse to avoid paying VAT. The scam is said to have cost Slovakia some €75 million in lost revenues between 2007-2011. In such scams political power is useful on two fronts. First off, when products are exported the state reimburses the VAT to the seller and influential officials can make sure these payments are expedited even as authorities have yet to trace the full trail of the transactions. Second, they can help block any investigation of the scam after the fact. Chovanec alleges that the ministers did both of these things.

Since being in government, Kaliňák has made €2.8 million from sources outside his ministerial work, and Počiatek €4 million. Those are astronomical sums. Even if they made all that money legally, it’s hard to believe they did so morally while working as humble public servants for the people of Slovakia. If they made that money by investing in growing companies that produced goods and generated jobs, why not just say so? People might respect a politician that is also an engaged member of the business community, investing in and fuelling the country’s economic future.

They don’t tell that story because there is no story to tell. Of course they have gained tremendous wealth by using their power and influence – even if technically legal, though that remains to be seen – for personal benefit. That story is a whole lot less compelling and that’s why Kaliňák and Počiatek are intentionally vague when describing where their money comes from.

True or not, the idea that Kaliňák and Počiatek took part in a €75 million carousel fraud scheme does seem plausible. The facts are important here, but so is the fact that you think them capable of it. Would you go to sleep in a house with somebody capable of murder, even if they had not murdered somebody yet? Then why vote for a government that you think capable of stealing millions of euros even as they tell teachers there is not enough money to improve schools?

A long ago sociological study determined that forming political opinions is a two step process (the study focused on the 1948 US presidential election). In step one, media transmit information and opinions to the public. In step two, this information is echoed and discussed with friends, family or co-workers. People may have a first impression or reaction when they hear new information from the media, but they remain reliant on discussion to codify that information into a strongly held opinion.

At the same time, mass shifts in public opinion are based on so-called “shared awareness”. Knowing something is rarely sufficient motivation for a person to act (or react). It is also necessary to know that other people know the same thing. In other words, major political shifts tend to happen when I know something, you know something and we both know the other person knows the same thing. Nobody wants to be the only person to show up at a protest.

So, the questions remain: Do you think the people in government now are capable of taking part in a scam to steal tens of millions of euros in state funds? And do you think your neighbour thinks the same thing?