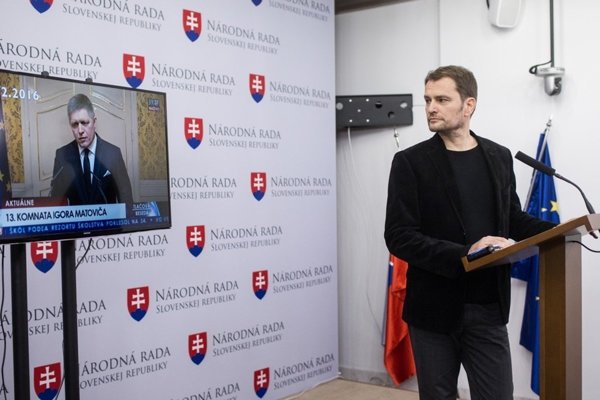 ONE MONTH before the parliamentary elections Prime Minister Robert Fico spins his election campaign around Igor Matovič and promises revelations of tax fraud that he alleges are set to continue in the coming days.

Fico alleges Matovič avoided a tax audit by selling his company for the equivalent of about four million euros to one of his employees while keeping the company's money on his personal account and later withdrew from the contract. Thus FIco is attempting to make it clear to the public that Matovič has no right to act as a moral authority and criticise the government, as he says.

Yet the premier refuses to disclose how he got hold of the documents that are to prove his claims against Matovič.

“Let us focus on the content now and then, when we finish this series, because we are going to continue, you will get exact information about the origin of these documents,” Fico told a press conference on Saturday, February 6, as quoted by the Denník N daily.

Nobody denied the documents and that is what matters, Fico noted repeatedly. 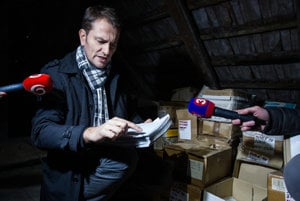 In early February, one month before the elections, PM Fico convened a press conference to publish documents that could be subject to tax secrecy. The documents are to prove that leader of the Ordinary People and Independent Personalities (OĽaNO) Matovič has committed tax fraud in the past.

The case that Fico pointed to, however, is not completely new and Smer’s top regional politician in Trnava, Renata Zmajkovičová, used it against Matovič, who lives and had his business based in Trnava as well, before.

According to Fico, Matovič sold his Region Press company to one of the company’s employees, Pavol Vandák, for 122 million Slovak crowns, which is about €4 million, in order to avoid a tax audit. Fico claims that on the day of the sale, 121 million crowns were transferred from the company’s account to Matovič’s personal account and the remaining one million was kept in the company in cash.

Vandák, who is self-employed and worked as a newspaper delivery man, “was practically Matovič’s employee”, as Fico put it, allegedly bought the company one day before the planned tax audit in August 2008. Two months later, Matovič backed off from the contract, according to Fico.

The documents that Fico showed journalists to back his claims are photocopies of the contract between Vandák and Matovič and other documentation surrounding the sale. That includes the statement of Vandák in front of the tax authorities “where he confirms that the books of the company ended in the paper waste”, Fico said.

Who is telling lies?

Matovič confirmed the documents Fico exposed were authentic but he said he did not remember backing out of the contract two months after it was sealed.

Despite that, he labeled Fico a liar.

“I had a tax audit as a self-employed, it took about three years,” Matovič said as quoted by the Sme daily. “I’ve got the ruling of finance minister Jan Pociatek that all was in line with the law.”

Fico in turn labeled Matovič a liar too. Namely, Matovič lied when he said he did not remember whether he backed out of the deal, according to Fico.

On February 6, Fico came forward with three more documents proving that: a request to deliver book records that Matovič sent to Vandák and where he announces that upon receiving the records he is withdrawing from the sale contract; and an official record of the Trnava Tax Office that states Matovič announced to them over the phone on October 10 he was withdrawing from the sale deal.

“Mr Matovič was lying when he said he didn’t remember withdrawing from the contract,” Fico said as quoted by the Sme daily.

Fico also claims Matovič lied about not receiving the remaining one million Slovak crowns in cash from the transaction, and he presented a document proving Vandák paid Matovič 384,000 crowns on August 17,2008.

Matovič in turn promises to explain all details and discrepancies in the course of a week. Although he claims there are many things he does not remember after eight years, he says he is “99 percent sure” he did not withdraw from the contract, Dennik N wrote. He however says he does not remember whether he received the 384,000 crowns, an equivalent of about €11,000 today, from Vandák in cash or not.

“At that time I was earning much more [than that] and 11,000 was the same for me as €30 is for you today, which [I’m not saying| to offend anyone,” Matovič told the press as quoted by Dennik N.

Meanwhile, the police started dealing with the case and by February 8 Pavel Vandák was called in to be heard as a witness in the investigation.

The police did not disclose information about the hearing but Vandák provided the records of his hearing to the SITA newswire.

Vandák did not discard the books of the company after he purchased it from Matovič, but Matovič alone did dispose of the books, while Vandák only assisted him.

Vandák also claimed in front of the police that he only signed papers that Matovič presented him, without knowing what he was actually signing. He said he trusted Matovič because they grew up together, SITA reported. Matovič allegedly promised Vandák a lifelong rent payment of €1,500.

“Pavol Vandák’s statement unfortunately contains a pile of nonsense, lies, and half-truths and I will, of course, react accordingly,” Matovič told SITA and added he was sorry that Vandák allowed himself to be “politically abused”.

Zmajkovičová pointed to this transaction before, in 2010, and Matovič used that fact to allege that Fico is only using this to lead a campaign against him and his party.

Fico said they knew about this before but they did not have the evidence, which they obtained only now. He however said he was not planning to file a criminal complaint regarding the tax fraud, because this is “a public discussion that makes part of the campaign” and that he does not want to “criminalise anyone”.

Matovič, however, maintains Fico’s press conferences are just that – a criminalisation of a political opponent.

“Robert Fico evidently obtained these documents in an illegal way,” Matovič charged as quoted by Sme and noted that only the tax administraton and the financial police can get access to the confidential tax files that Fico has been using against him and the tax administration claims they never provided the documents to anybody.

Transparency International Slovensko (TIS) lawyer Pavel Nechala told the Denník N that by publishing the records of the tax office Fico violated the tax secrecy and the police should investigate this potential crime that under the Slovak laws can be punished with six months to three years in prison.

It is not the first clash between Matovič and Fico in this campaign.

As early as last summer, in August 2015, when the campaign was still just slowly starting, Matovič made allegations against Fico and his wife, suggesting they had a fortune deposited at a bank account in a tax paradise in Belize.

“You did not ask back then where he got such information from,” Fico said as quoted by Denník N.

Matovič’s allegations came after a raid was carried out in Matovič’s company in Trnava on August 12 by the National Crime Agency (NAKA). The police seized servers containing data files. The operation was ordered by the Special Prosecutor’s Office.

In June, criminal prosecution was launched for tax and payroll tax evasion, the police corps spokesman Michal Slivka said following the raid, adding that the police had repeatedly requested the company’s books, and as the company failed to provide it, the prosecutor issued an order to secure data from the computers, the Sme daily wrote. 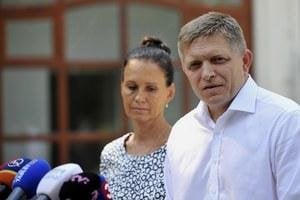 Matovič claimed that NAKA launched the investigation without first checking whether the anonymous complaint contained true information, and made an allegation that Fico was behind the whole thing.

Days after the raid, Matovič first wrote on a social network that the prime minister along with his wife set up a shell company in Belize in 2008 with two bank accounts at Belize Bank International (BBIL), containing $674,546,004.42 as of July 21, 2015. At a press conference that followed one hour later, Matovič admitted the information was provided anonymously and he did not have it confirmed.

“I’m asking Robert Fico how he feels now after anonymous information has been released accusing him of having money in his account that an ordinary mortal couldn’t earn even in 5,000 years,” Matovič said.

Matovič’s OĽaNO party was first founded to allow independent candidates to run in the parliamentary elections. On its slate, people like environmentalist Mikulas Huba, the current government’s proxy for Roma communities Peter Pollak or ultra-conservative Štefan Kuffa made it to the parliament. Matovič traditionally runs from the last, 150th, spot on the slate, which means he can only make it to the parliament if he receives enough preferential votes from OĽaNO voters to push him higher up on the list.

Matovič and his three fellow Ordinary People first made it to parliament in 2010 on the slate of the Freedom and Solidarity (SaS), where they got the last four spots. The main campaign tool for Matovič then was his regular column in the advertising newspaper published by his Region Press and distributed to households around Slovakia for free. Matovič has been building an image of the fighter against the powerful who only go to politics to embezzle public finances.

This time around, OĽaNO campaign started with a claim “A few thieves, many poor”, carrying a cartoon of PM Fico. The top posts of the OĽaNO slate for the March 5 elections are occupied by whistleblowers who pointed to major scandals of the current government, like Alan Suchanek, a doctor from the Piestany hospital who blew the whistle on the board of his hospital in what became known as the CT case, or OĽaNO’s number one candidate Veronika Remišová, a blogger who unveiled the circumstances of several scandals. 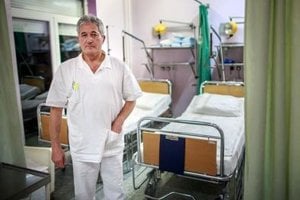 With the allegations that he brought up against Matovič, Fico claims that the OĽaNO leader has “no right to put himself in the position of a moral authority”.