THE INITIATIVE of Slovak Teachers (ISU) will interrupt the strike as of February 15. The strike started on January 25. 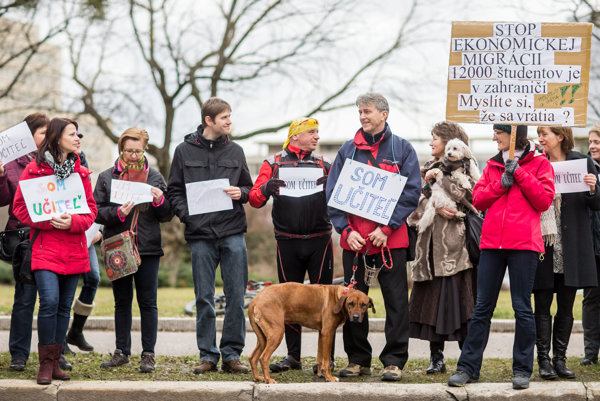 ISU says that more than 15,000 teachers from about 1,000 schools have joined the strike during the past two weeks. Some of those schools were closed, while the others operated in limited regime, the TASR newswire reported.

A total of 3,968 teachers from 445 schools registered for the strike on February 9, according to ISU website.

The strike was supported by the Faculty of Arts of the Comenius University in Bratislava (FiF UK), whose teachers and students called on representatives of other faculties and other universities to support the striking teachers on February 8.

Read also:Fico to teachers: There’ll be no talks Read more

After the end of a meeting, attended by some 200 people, they established the Initiative of University Teachers and created their own striking committee. They may go on strike on February 15, when the spring semester starts, the Sme daily reported on its website.

“If nothing happens with teachers’ requests, we will strike,” said Alžbeta Bojková of the Faculty of Arts of the Pavol Jozef Šafárik University in Košice, as quoted by Sme, adding that the supporting statements of universities are not enough.