The logo presents Slovakia as a young and dynamic country. 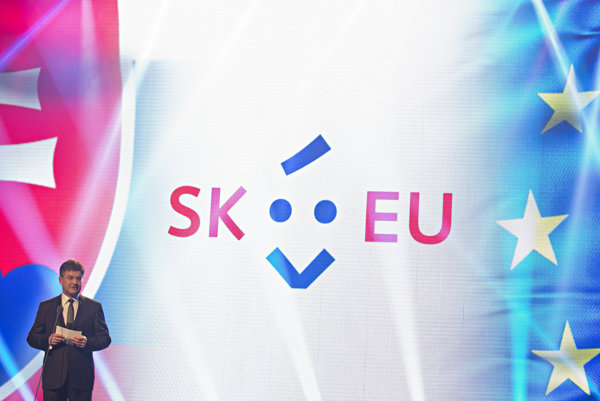 The official logo of the Slovak EU Council Presidency was unveiled on Monday at the historical building of the Slovak National Theatre in Bratislava in the presence of Slovakia’s top officials.

The author of this key element of the presidency’s visual identity is Jakub Dušička, a 23-year-old student of the Academy of Fine Arts. The logo presenting Slovakia as a young and dynamic country is the product of  a tender in which almost 230 experts and laymen enrolled.

The logo will be featured on documents, promotional items, brochures, banners and official communication channels during the presidency-related events in Slovakia, as well as abroad.

The unveiling of the logo is set to be followed by posting of official profiles on social networks.

Slovakia will launch its first six-month EU Presidency on July 1. It is the 116th presidency in a row. On this occasion, Prime Minister Robert Fico voiced his conviction that Slovakia will become the human face and voice of the European Union during that time.