Slovakia was active in 14 international missions during 2015

Slovakia took part in a total of 14 international crisis management (ICM) missions under the auspices of the European Union, the Organization for Security and Cooperation in Europe (OSCE), NATO and the UN in 2015. 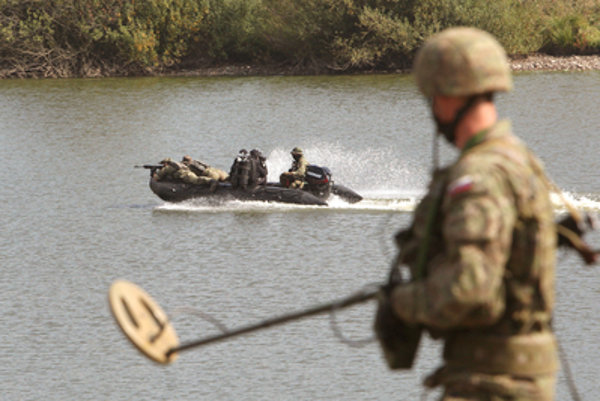 Military exercises (this one in Lešť, Slovakia) help with preparation for missions. (Source: Sme)
Font size:A-|A+1

This stems from the Report on Slovakia’s Involvement in ICM Activities acknowledged by the cabinet on March 2. The largest number of soldiers – 159 – took part in the UN peacekeeping mission in Cyprus (UNFICYP).

Slovaks also participated in the EUFOR ALTHEA military operation in Bosnia and Herzegovina, in Kosovo, and in an OSCE mission in Macedonia, as well as in missions in Ukraine, Moldova, Georgia, Tajikistan, Afghanistan. They were also part of a UN observer mission in the Middle East (UNTSO). In the past year, Slovakia also participated for the first time in the UN stabilisation mission in Haiti (MINUSTAH), to which it deployed six police officers. Active since 2004, the mission’s purpose is to aid and stabilise local public administration and reform police operations, the TASR newswire wrote.

Slovakia spent more than €18 million to secure its participation in these individual operations – with most of the money earmarked from the Defence Ministry’s budget.

This year, Slovakia will continue to take part in all of the missions apart from two: EUPOL in Afghanistan and EUPOL COPPS in the Palestinian territories – both under the auspices of the EU. It also plans to extend its involvement in new missions, particularly those in Ukraine but also in other parts of the world. The top priority for 2016 is the EU’s civilian mission in Ukraine (EUAM).