SLOVAKIA’s government has accepted the current draft of a migrant crisis agreement with Turkey, Prime Minister Robert Fico said before the beginning of a two-day EU summit in Brussels on March 17. 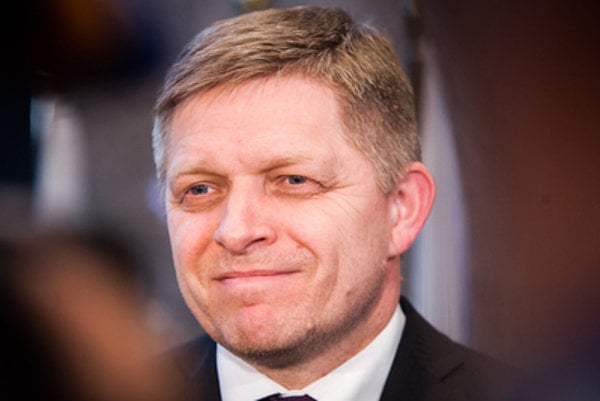 “However, no one knows what will come next because motions often emerge at the last minute,” said Fico, as quoted by the TASR newswire.

He referred to the past week’s extraordinary EU-Turkey summit, where Turkish Prime Minister Ahmet Davutoglu submitted new requests that European leaders had not been notified about in advance.

The draft agreement with Ankara includes the return to Turkey of all new illegal migrants who sail from Turkey to the Greek islands. Furthermore, as part of existing commitments, the EU is supposed to accept one Syrian from Turkish refugee camps for every Syrian that Turkey takes in from the Greek islands.

On the other hand, Ankara is demanding the speeding up of visa regime liberalisation with EU, with visa duty for Turkish citizens to be scrapped by the end of June at the very latest and not October, as originally planned. Turkey is also calling for the payment of the already allocated €3 billion to be executed ahead of schedule, with the money earmarked by Turkey for the improvement of living conditions for Syrian refugees on its soil.

Ankara also wants the sum to be increased by another €3 billion and to open further accession chapters as soon as possible. The recent Friends of Syria summit raised $10 million to alleviate the crisis.

Fico pointed out that when it comes to the resettlement of Syrians from Turkish camps, Slovakia insists on a voluntary migrant resettlement scheme for EU member states rather than a quota system. Also, their numbers should not exceed the already greenlighted scheme to relocate 160,000 migrants.