Some companies understand that focusing on people and environment can be part of their business. 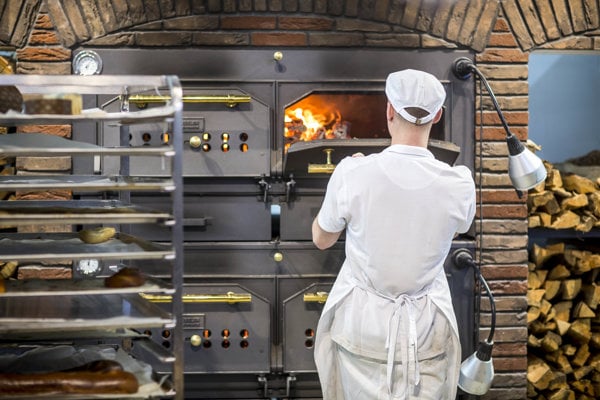 Back in the day, people in Slovakia grew most of their food locally or bought it from local farms. Though globalisation now sees a much wider variety of foods available at cheap prices, they are often lacking in quality and nutritional value. A healthy-sized group of entrepreneurs are looking to turn back the clock.

“Being aware of our environment and contributing to solutions according to our own capacity is natural and rational,“ said Ján Lunter, the CEO of Alfa Bio, a company which sells soy products.

Now Lunter’s company exports to the whole of central Europe, but it is not alone.

In early March, Plnochutné potraviny opened a shop in the Nové Mesto borough of Bratislava. It is part of the Yeme project started by former employees of retail chains Tesco, Billa and Lidl, who are starting their own supermarket that focuses on quality food, communication with customers and local producers.

“We want to set prices so that they are affordable for customers but at the same maintain positive profit margins of our suppliers,” said Peter Varmuža, the co-owner of Yeme. Therefore they rely almost exclusively on Slovak products and do not use artificial substances. “We ship from abroad only what cannot be grown in Slovakia, such as tea, coffee or peanut butter.”

Apart from that, they want to offer traditional products, like Tatranky and Kofola, and low prices.

“My main inspiration was my personal experience with dietary changes in the 1980s and its positive impact on my family,” said Lunter, who started to make tofu at home in the village of Telgárt, central Slovakia. However, he pointed out that this holistic trend is hard to follow as the entrepreneurial environment has been skewed by corruption and regulation.

“It depends on consumers whether they prefer these products and support local producers,” said Michal Kišša, executive director of the Business Leaders Forum and programme manager for CSR at the Pontis Foundation.

Corporate responsibility in Slovakia is still undeveloped and most companies are active only on the first level – volunteering and donations. Some companies, however, understand that focusing on people and environment can be part of their business.

“The food industry in Slovakia is characterised by high diversification and offers employment even in remote regions,” Jarmila Halgašová, the director the Food Chamber of Slovakia (PKS) said, pointing out that each job can generate up to eight other jobs. Apart from employment, they offer people a variety of foods, often with added value.

Alfa Bio employs more than 100 people, who enjoy a quality working environment and transparent relations, and its approach was recognized by the Via Bona Awards in 2015, which are awarded to companies for their achievements in corporate social responsibility. Alfa Bio is also active in environmental protection – utilizing its own well and recycling water in order not to put it into the city’s sewage system.

A holistic approach to farmers

“Recently, customers started to demand foods that are healthier and bring some additional value to their wellbeing,” Dušan Janíček, the vice-president of the Slovak Agriculture and Food Chamber (SPPK) said.

However, Slovak customers are also price sensitive, which can hamper demand, as quality local foods are usually more expensive.

“The price of the food does not have to be the indicator of quality or added value,” says Halgašová, adding that it depends on the costs of production. “Slovak agriculture belongs to the least supported sectors within the EU, therefore it is no surprise that the manufacturing costs of local foods are higher than in other countries.”

As of 2016, VAT was reduced to 10 percent on basic, selected foods like milk, bread and fresh meat, but remains at 20 percent on other items.

“PKS welcomes the 10 percent VAT on foods, which would increase parity and decrease demand for foreign foods,” Halgašová added.

Apart from the lower costs, the public awareness about food was also increased by several food scandals, even resulting in deaths.

“People started to care about the quality and origin of the food products,” she said “Food does not have to travel around the whole world in order to get to your table.”

Local producers have the opportunity to promote their products at farmer’s markets, food festivals and similar events.

“Mainly smaller producers are trying to address their customers by selling their products directly on the location where they are produced, and they are quite successful,” said Janíček.

As of February, Fresh Market reopened in a brand new building near Tomášikova street, and Yeme supermarket is also adding the venues where fresh food can be purchased.

Janíček believes that a small company can improve its competitiveness by offering specific products that cannot be found in the traditional shops.

“However, these foods are usually more expensive, which goes back to the problem of price sensitivity of Slovak consumers,” Janíček said.

As Lunter pointed out, entrepreneurship has become associated with corrupt behaviour and dishonest practices, which is one of the main obstacles towards greater corporate responsibility of companies. Moreover, the unequal subsidies within the EU slow down the progress.

“Companies should evaluate where they have the largest negative impact and start from there,” said Kišša of Pontis Foundation. A food producer should look out for high quality raw ingredients, effective distribution channels and good relationships with the partners.

“Small companies much better reflect the character of their owner,” he said.