50 years ago Shop on Main Street got only Slovak Oscar

The 50th anniversary of the first and so far only Slovak movie to win an Academy Award in 1966 (and also 1967), The Shop on Main Street, was commemorated in mid April. 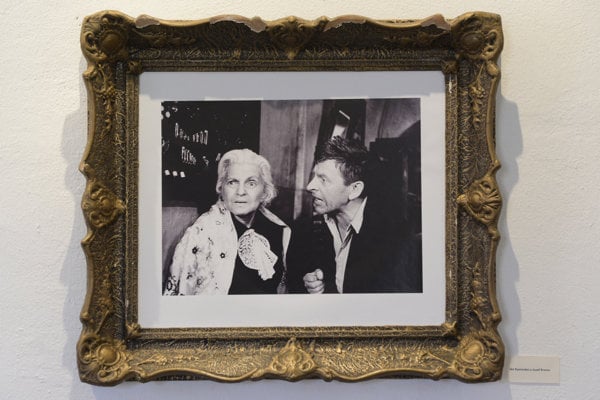 An exposition commemorating the shooting of the film shall move to new premises in Sabinov. (Source: TASR)
Font size:A-|A+16

The movie of two Czechoslovak film-makers, Elmar Klos and Ján Kadár, called Obchod na Korze in Slovak, was ceremonially screened on April 18 – exactly the day when it got an Oscar 50 years ago – in the Bratislava Mladosť Cinema. The tragicomic story of a typically Slovak World War II confrontation of courage, greediness and compassion was followed by a documentary The Stop on Main Street (Odchod na Korze, 2013) which follows the traces the original movie has left in the small eastern-Slovak town Sabinov, where it was shot. Peter Zakuťanský, director of the documentary, noted that the issue of intolerance, hatred and anti-Semitism is still alive and so it is important to keep remembering the events of the second world war. Zakuťanský added that his family, such as his  great-grandmother and mother, were among the extras, and the sister of his grandma designed the costumes.

Klos and Kadár started to collaborate in 1950s, in then communist Czechoslovakia, and their first film was a conforming agitprop movie The Kidnapping (Únos, Die Entfuehrung), about the kidnapping of a whole airplane from communist Czechoslovakia to the former Federal German Republic. Their other movies include Music from Mars (Hudba z Marsu); There, at the Terminal Stop (Tam an konečné); Three Wishes (Tŕi přání); Death Is Called Engelchen (Smrt si říká Engelchen, also known as Because We Don't Forget or For We Too Do Not Forgive); The Defendant (Obžalovaný); and their last common movie, Desire Called Anada (Touha zvaná Anada). After the Soviet-led communist armies of the Warsaw Pact invaded Czechoslovakia, Kadár emigrated to the USA where he continued to shoot films until his death (1979). Klos also did some more movies in Czechoslovakia, before dying in 1993. The original story was written by Ladislav Grosman. 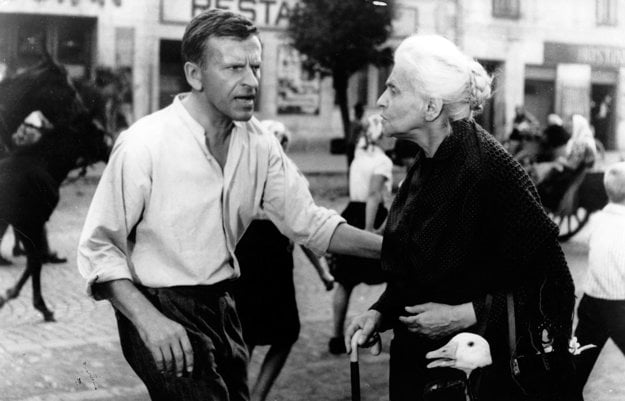 The film was notable also for the acting skills of Polish Ida Kaminska (who was curiously nominated for the Oscar for Best Female Actress in a Leading Role one year later, in 1967) and Slovak Jozef Króner. The plot revolves around the Jewish owner of a sewing-material shop, widowed Rozalie Lautmann and a Slovak petty entrepreneur, Tóno Brtko, whose brother-in-law is a member of the then elite fascist grouping, Hlinka Guards. and offers Brtko to aryanise, i.e. dis-own, the shop. This was possible thanks to laws during the war-time Slovak State that sent Jews to camps and let Slovaks take over their property. However, Brtko gradually comes to like the confused old lady, Rozalie, who takes him for her employee and when the order comes to send all local Jews to extermination camps, he decides to hide and save her.

When the film was screened within the New York Film Critics Circle Awards in 1966 (awarded for the Best Foreign Language Film, with Kadár and Klos placing 3rd as directors), Króner successfully delivered a speech that had been transcribed in English phonetically for him, as he spoke no English. Króner died in 1998.

Although the historical events which initiated the novel and the film are not very flattening, the town of Sabinov commemorates the film-making time warmly, and has organised photos and an inscription put on a façade of a corner house on the main square. There is also a commemorative room which exhibits various items stemming from the shooting of the film. A structure very close to the house where The Shop on Main Street was filmed is being renovated and prepared for visitors, Mayor Peter Molčan told the TASR newswire. A permanent exposition is planned there, as well as an information centre. 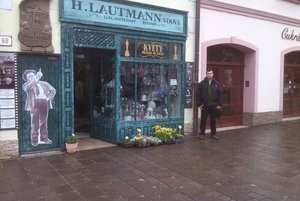 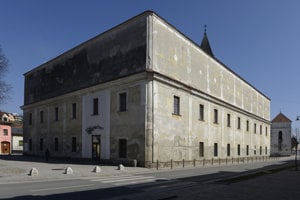 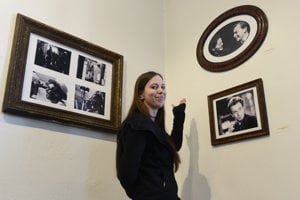 “During World War II, 1,040 people were taken to concentration camps from  our town, mostly of Jewish origin,” Molčan said. “And only 60 of them returned. Others could not live longer to make their dreams come true, make their goals reality. These are sad facts that should not be forgotten.”

Currently, the Nová Scéna theatre is running a musical – an American version – based on the story of Grosman and on the movie.