Historic train rode during the Night of Museums and Galleries

Railway enthusiasts offered tourists a ride on the historical train between Zvolen and Banská Bystrica in May 21. 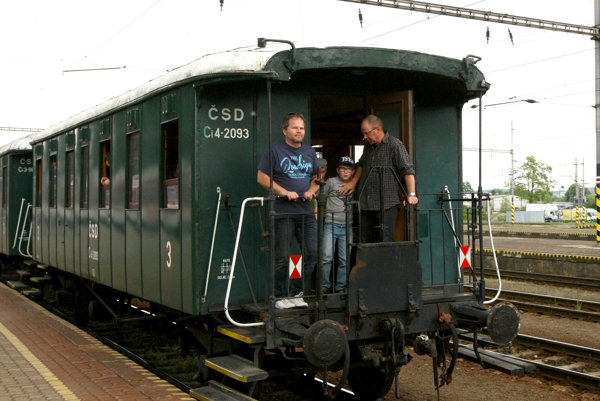 All visitors of the 12th edition of the Night of Museums and Galleries who purchased a €1 ticket in participating cultural institutions were able to get a lift by a special shuttle train.

“The set consists of three historic wagons of the Austrian royal railways from the years 1903 – 1913 when they formed a train with steam locomotive,” said Peter Oravec of the Historic Vehicle Club in Zvolen (KHT), as quoted by the Naszvolen.sme.sk website. 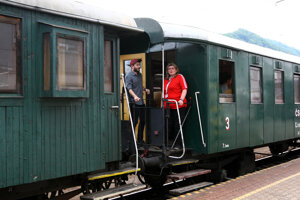 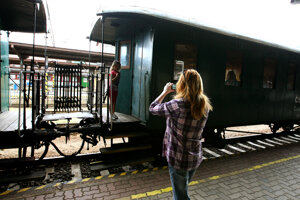 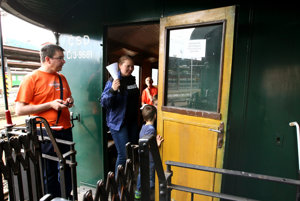 Historic train - the Night of Museums and Galleries 2016 (11 photos)

Each wagon has a wooden interior with 50 seats and step platforms on sides. The original steam locomotive Malý Býček (Small Bullock) is waiting for its boiler to be fixed, and therefore two engine-powered locomotives pushed and pulled wagons during the event.

“The national cultural monument, locomotive T 478.3109, is the last preserved locomotive of its kind in Slovakia,” Peter Kalman, chairman of KHT, told Naszvolen.sme.sk website. “The second historic locomotive C466.0253 is one of only a pair of rescued locomotives of this type in Slovakia.”