After Slovak national football team beat the German one 3:1 on May 29, foreign – especially the British – media reacted. The next day, coach Kozák announced the line-up for the EC. 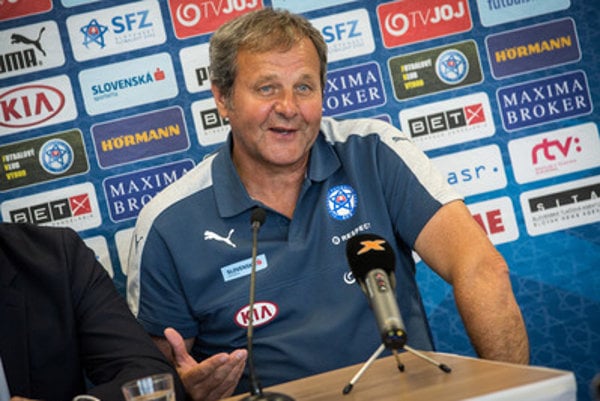 The friendly match before the European Cup took place in German city of Augsburg.

“Slovakia stunned the world champions, Germany, with a 3-1 win in rain-soaked Augsburg on Sunday night,” the Guardian wrote, adding that Slovakia, England’s final group opponents at next month’s European championships, are now unbeaten in seven matches, with Northern Ireland awaiting in their final friendly before the finals in France. “I’ve never experienced anything like it. It’s unique that the halftime break lasted so long. Thankfully nothing happened,” Germany coach Joachim Loew said of the conditions, as quoted by the Guardian. “We weren’t good at the back and we were too open in midfield.”

“The Slovaks recovered from a goal down, scored by forward Mario Gomez from the penalty spot, to win the friendly thanks to goals from Marek Hamšík, Michal Ďuriš and Juraj Kucka,” the Daily Mail wrote on the same day. “World Cup winners Germany, facing Poland, Ukraine and Northern Ireland in Group C next month in France, imploded after a solid start, suffering a third loss in four matches.” It also wrote that “German coach Joachim Loew rested several key players, including Thomas Mueller, Marco Reus and goalkeeper Manuel Neuer, giving several youngsters a chance to impress him ahead of the final 23-man squad announcement on May 31”.

The coach of the Slovak team, Ján Kozák, commented that he made his final decision on the line-up for the European Championship after the match with Germany when he saw that the health condition of all players is good enough to participate. “I was clear about 22 or 21 names – I have been working with them for three years, I know them well,” he summed up. 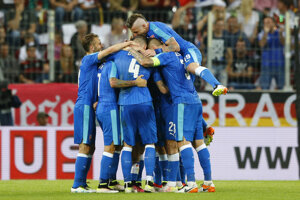 Back in Bratislava, Kozák on May 30 named players who will not play in the EC; defender Lukár Tesák, mid-fielders Erik Sabo and Matúš Bero and forward Adam Zreľák will be missing. The four were disappointed but accepted it without troubles and negative reactions, Kozák’s assistant Štefan Tarkovič told the SITA newswire. On the other hand, defender of Sampdoria Genova, Milan Škriniar, will play.

Of the final 23-member team, 20 play abroad, while three are playing in domestic Fortuna League – Ján Mucha, Kornel Saláta, and Viktor Pečovský. The line-up for the EC, which takes place between June 10 and July 10, reads: