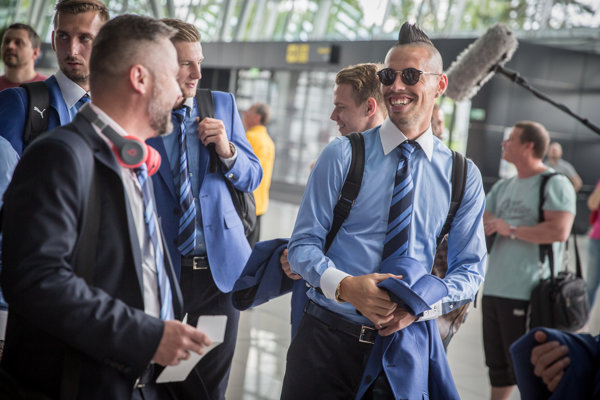 On June 6 the Slovak national team set out for the French spa town of Vichy that will serve them as a base during the 2016 UEFA European Championship. The Slovak footballers will play their first match in Bordeaux on Saturday, June 11, when they will face Wales. 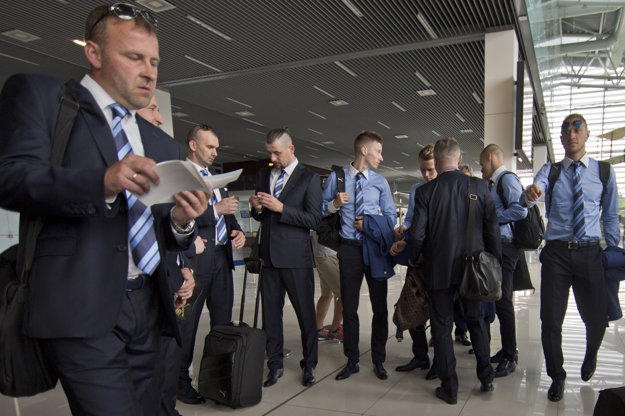 In the B-group, Slovak footballers will later play against Russia (June 15), and Great Britain (June 20) in the basic B group.

“The feeling of responsibility prevails in us because we do not want to disappoint Slovak fans,” said coach Ján Kozák as cited by the TASR newswire before the departure. “I believe that our performance at the championship will be satisfactory. Preparations went according to plan; everything depends on the attitude of players.”

Slovak football players will play at the 15th European championship under the slogan “One nation, one heart, one dream”.

The players just completed a training camp in Austrian Windischgarsten and played three friendly matches. On May 29 they won against the current world champion, Germany, 3:1. The match against Georgia on May 27 ended with the same result. The match against Northern Ireland on June 4 was Slovakia’s last before the EURO 2016 championship in France. It ended in a draw.

Slovakia is currently 24th in the FIFA ranking.

Airlines will dispatch special flights from M. R. Štefánik Airport in Bratislava to bring fans of Slovak footballers to France

“Due to the championship, i.e. in the period between June 6 and July 10, eight charter flights from Bratislava airport are planned to head to the cities of Bordeaux, Lyon, Lille and Clermont-Ferrand, with nine arrivals from these cities,” said Veronika Ševčíková, airport  spokesperson, as cited by TASR.

The number of charter flights could still change depending on tour operators’ orders.

“In addition, fans can make use of regular flights from Bratislava airport to Paris-Beauvais, which take place three times a week – on Tuesdays, Thursdays and Saturdays, added Ševčíková.

The first flights for fans are scheduled to take place on June 11.