MP Martina Šimkovičová of We Are Family-Boris Kollár party who voted on behalf of her colleague Rastislav Holúbek in May said she will not give up her MP’s mandate. 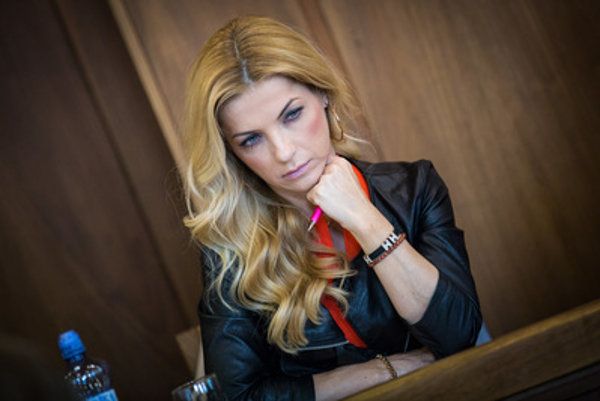 The former TV news anchor and now a former member of the We Are Family caucus was quoted by the TASR newswire, in reaction to a call made by her party earlier on June 8.

She acknowledges her mistake however, the parliamentary mandate and immunity committee is to make a decision on her mandate. “I will not give up my mandate,” she insisted, according to TASR. “It was a vote on small trailers. We [the whole movement] agreed in advance how to vote. My colleague was presenting, and he forgot his card when he was speaking on the podium. He gave me a sign with his hand to vote, and I fully acknowledge my newcomer’s mistake in that I pushed the button in a spontaneous reaction,” Šimkovičová said, adding she’ll take responsibility for the mistake.

A similar situation occurred in 2009, when the then opposition Slovak Democratic and Christian Union MP Iveta Radičová voted on behalf of her party colleague Tatiana Rosová. Radičová acknowledged her mistake and gave up her MP’s mandate.

In addition to the call on Šimkovičová, the opposition movement, We Are Family-Boris Kollár, expelled her, Peter Marček and Rastislav Holúbek from its caucus on June 8.

According to the movement leader Boris Kollár, the three expelled MPs are holding talks on joining the governing coalition party Sieť / Network. Marček, however, rejected speculation concerning such an alliance a couple of days ago. 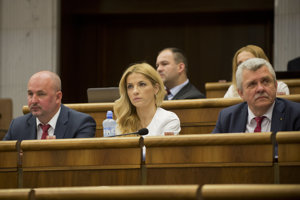 The foul mouth of Boris Kollár and the influence that MP Milan Krajniak wields over him are some of the reservations that the trio harbour against the party leadership. According to Marček, the decision of Kollár to expel them only confirms that the leader of We Are Family is a neurotic who cannot control his temper. “There were no programme disagreements between the three of us and Kollár, but we had some reservations about his vulgar statements and the fact that he has essentially been reduced to a party mascot, with the real ideological mastermind behind the scenes being Milan Krajniak,” Marček said on the same day. He added that even Kollár’s negative opinions can be expressed in polite language and called Krajniak a religious fundamentalist and skilled manipulator.

Marček also perceives the fact that We Are Family has not been invited to join the Opposition Council, formed by Freedom and Solidarity (SaS) and Ordinary People and Independent Personalities(OĽaNO)-NOVA, as a party failure. Another shortcoming of his ex-party in his view is the fact that they have failed to start creating regional structures, a necessary task if it is to last longer than a single electoral term. “Polls conducted by the Polis agency showed that up to 57 percent of citizens consider We Are Family to be a party more un-systematic than the(far-right) ĽSNS. That’s a warning signal, yet we’ve never discussed this in our party,” he claimed.

The trio rejected accusations that they didn't take any interest in the inner workings of the caucus and failed to participate at its sessions. Also, they have no plans to join coalition Network. "We'll continue as independents," Šimkovičová summed up, according to TASR.