Shortly after a failed no-confidence vote and three weeks before Slovakia is to take over EU presidency, Interior Minister Robert Kaliňák is facing a case that may put an end to his political career. 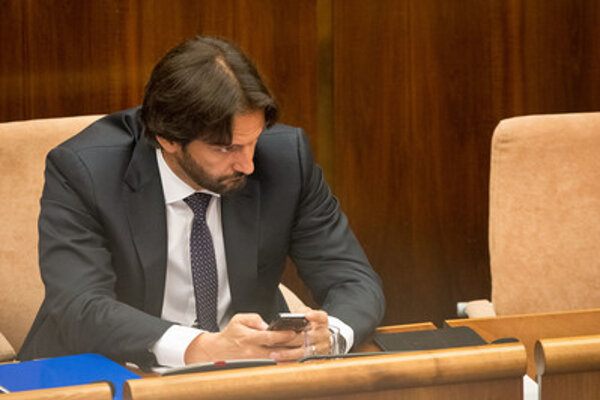 The assistant of opposition MP Jozef Rajtár (Freedom and Solidarity-SaS), Filip Rybanič, took documents from the Tatra Banka bank which show hundreds of thousands of euros that arrived to Kaliňák's account from the B.A. Haus company where tycoon Ladislav Bašternák operated until October 2013.

The opposition demanded Kaliňák recall covering up a case involving Bašternák’s excessive VAT refunds and for the failure to secure its proper investigation on June 7.

“Minister Kaliňák should persuade not only partners in the coalition but also the public [of his true and rightful behaviour], and therefore he should publish all the documents that can eliminate suspicions of links with Bašternák’s case,” Justice Minister Lucia Žitňanská of the coalition party Most-Híd commented, as quoted by the Sme daily.

The Interior Minister denies the transfers and will concentrate on the investigation of the violation of bank secrecy that Rybanič probably committed. Rajtár did not want to tell Sme whether he induced Rybanič to act in such a manner but said that police subordinated to Kaliňák act unlawfully.

“Specific cases like this show that the state of the Special Prosecutor’s Office and police inspection is unsustainable,” said lawyer with Transparency International, Pavel Nechala, hinting at the fact that potential missteps of Kaliňák will be investigated by his direct subordinates.