Witness from the Kaliňák case about interrogation: I was terrified 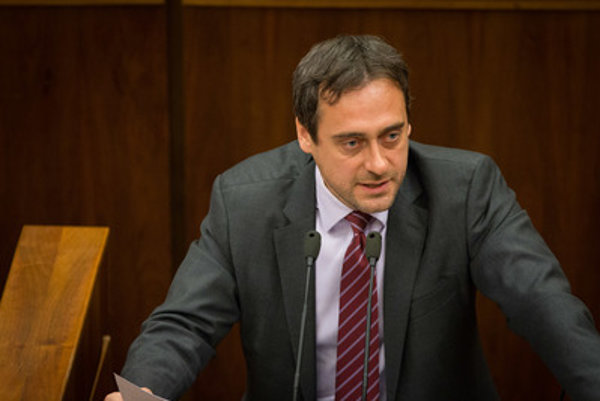 Filip Rybanič, employee of the Tatrabanka bank and simultaneously assistant of  the opposition Freedom and Solidarity (SaS) party’s MP Jozef Rajtár talked to the Aktuality.sk website.

„Investigators told me that if I call my lawyer, I will stay there for at least three days,” he explained in an interview published on June 16. “I was afraid to share a cell with some junkie or drunkard and to sleep on a bare stone.”

Rybanič added that he had suspicion of crimes when coming across Kaliňák’s accounts, and so he felt obliged to check on the suspicion and report it. The assistant insists he acted out of his own initiative. When looking at minister’s accounts, he saw that the highly publicized information on Kaliňák’s close ties to businessman Ladislav Bašternák was confirmed.

Rybnanič further said in the interview that he felt his duty to also protect his bank and on June 14, he visited Tatrabanka to report suspicious financial transactions. However, his report was not accepted, on the pretence that he must write it into some kind of internal database – which he had no access to anymore. He filed a written report which the bank refused to receive, though.

The information first appeared in media. Rybanič explains that he was afraid to report it with police, or to go to his superiors, as he thought that the publicized names could threaten him and his family. And he added that it is well-known who leads the police – minister Kaliňák himself.

At the police interrogation, the politician’s assistant had no lawyer, and he had to testify twice, as the first testimony did not satisfy the police investigators – probably being too neutral, Rybanič told Aktuality.sk.