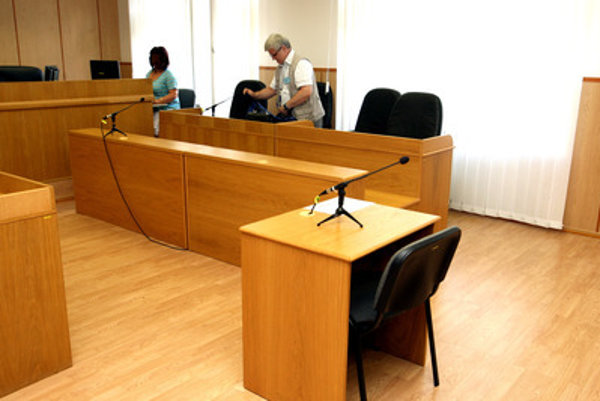 The prosecutor of the Special Prosecutor’s Office sued Vlastimil Valkovič, a judge for the Topoľčany District Court, for accepting a bribe and abusing the powers of a public official.

He can now sigh with relief, as the SC refused the prosecutor's appeal against the acquittal verdict of the Specialised Criminal Court in July 2015, despite the evidence of camera- and sound recordings. The case also involved the men who allegedly bribed the judge but they were acquitted as well, the SITA newswire wrote on June 22. 6.

The chairwoman of the panel Jana Serbová explained that the fundamental issue was whether the recordings made were based on the order of a judge and in compliance with the law. However, the order to make them does not comply with the statute and with the finding of the Constitutional Court. After these recordings were excluded, the remaining evidence cannot unambiguously and without any doubt confirm guilt. “… The evidence must have the force to enable to be stated without any doubt that the defendants committed the corrupt crimes – and in this case, it was not, as the testimonies were contradictory,” Serbová explained, as quoted by SITA.

This final verdict cannot be contested by any further regular appeal. The overseeing prosecutor said however, that after receiving the ruling he will probably initiate an extraordinary appeal. “This verdict is a bad sign for those who try to report corruption and convict perpetrators of corruption,” he stressed.

In 2003, judge Vlastimil Valkovič allegedly accepted a bribe to secure better prison conditions for a defendant. In a second case, he allegedly secured a conditional sentence for a defendant, thus enabling him to better repay the damage compensation – after a bribe taken from a lawyer. This was recorded in the judge’s office. The first verdict came in 2010, when the judge was sentenced to seven years in prison. The Supreme Court overturned the verdict and returned it to the Specialised Criminal Court. In 2013 the SCC convicted Vlastimil Valkovič in one case and sent him to prison for five years, while acquitting him in the other. Then, the SC stepped in, partially cancelled the verdict and returned the case to the Specialised Criminal Court, which was the first to deem the recordings not in compliance with the law. Then the verdict was cancelled and all defendants involved acquitted. All the accused denied the crimes.