RKN Global will not build a plant in Slovakia

The company declines €18 million investment subsidy, citing criticism by the political opposition and media as well as Brexit as reasons. 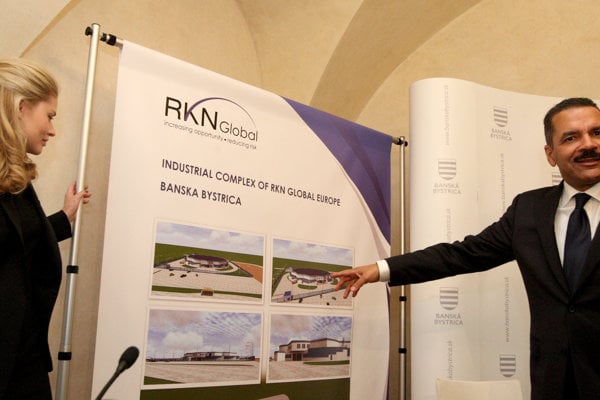 The investment project of tens of millions of euros the second Robert Fico government announced just some days before the March parliamentary election will not materialise. RKN Global Europe which planned to build a security printing plant in Banská Bystrica has declined the state investment stimulus and withdrawn from its plan. Neither the Slovak Economy Ministry nor Banská Bystrica have received any official information from the former investor.

DWC-LLC and RKN Global Europe announced on June 24 that they would decline the €18 million investment subsidy offered by Slovakia for the construction and development of a security printing plant in Banská Bystrica, the company informs on its website. Prior to this announcement, RKN Global had taken steps to obtain €71 million in private funding in order to build the plant that would employ 1200 people. Slovakia’s planned contribution of €10 million in grants and €8 million in tax relief was viewed by RKN Global as an acceptable contribution from the government in exchange for RKN Global’s making a huge investment of €71 million.

“However, the positive reaction that RKN Global had expected from Slovakians for its planned investment in Banská Bystrica was mitigated by unforeseen opposition unrelated to RKN Global,” the company writes. “Political opposition members and the Slovak SME daily were quick to attack Prime Minister Fico and his ruling party because the timing of the 20 February 2016 public announcement just preceded national elections and was therefore viewed suspiciously.” 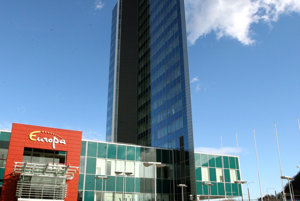 This political opposition appears also to have manifested itself in attacks on our industrial partners from the Ukraine who are experts at producing secure documents such as passports, biometric ID and bank payment cards, writes the company, adding that these attacks contained false allegations against its partners and against RKN Global.

“In addition to all of this, Slovakia is about to lead the EU during a period of great uncertainty in light of the United Kingdom’s decision to exit from the EU,” writes the company. “This uncertainty will make RKN Global’s investment riskier than it was back in March of this year.”

As a result of these factors, RKN Global can no longer risk its reputation and €71 million of privately generated funds on this project.

“The current turbulent political atmosphere in Slovakia and in the European Union has made it imprudent for RKN Global to continue its project to build a security printing plant in Banská Bystrica and it has led RKN Global to decline the subsidies – both in grants and in tax relief – offered by the Slovak government,” said RKN Global’s founder, Ronald Noble as cited by the website.

No information at ministry and in Banská Bystrica

The Slovak Economy Ministry does not have an official information that RKN Global is withdrawing from its plan and that it will not use the approved investment subsidy. If this happens, it will be the company’s decision and the ministry will accept it, ministry spokesperson Maroš Stano said in response as cited by the TASR newswire. None of the stimulus funds have been drawn yet.

The city of Banská Bystrica is surprised with the decision of RKN Global.

“We do not know the reasons that could have led to such, for us surprising, decision,” Zdenka Sekerešová, spokesperson of the Banská Bystrica’s mayor told the TASR newswire. “The whole process of communication did not indicate any signs of doubts until now.”