The bill for completion of the third and fourth blocks of the nuclear power station may still not be final. 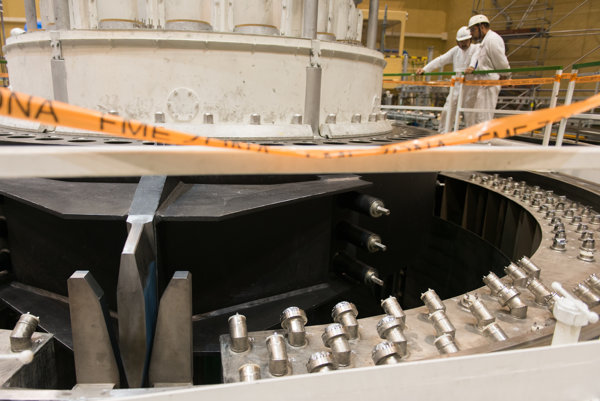 The dominant energy generator Slovenské Elektrárne (SE) is advancing in completion of the third and fourth units of the nuclear power station in Mochovce in southern Slovakia. In late June it announced completion of construction works at the third unit to be followed by tests.

“We are very pleased to announce the successful completion of assembly of the internal elements of unit 3’s reactor, which is the heart of a power plant,” said Nicola Cotugno, Chairman of the Board of Directors and General Director of SE on June 24. “This is one of the most important milestones achieved in the first half of this year, marking the completion of construction works of unit 3 which now enters the testing phase.”

Cotugno reiterated SE’s strong commitment to complete the second two blocks of the nuclear power station in Mochovce despite low electricity prices. The third unit is more than 92.5 percent complete, while the fourth unit is almost 75 percent.

“This project will become a pillar for Slovakia’s energy sector for several generations,” said Cotugno, adding that the new units should generate electricity for 60 years.

After the control assembly the third reactor is ready for primary circuit testing. Afterwards, the reactor will be prepared for so-called cold and hot hydrostatic tests during which reactor and primary circuit equipment will be tested as well as leak-tightness checked, among others. In this phase, activity of the reactor equipment will be tested in non-active conditions, i.e. without nuclear fuel. This will be supplied only in 2017. 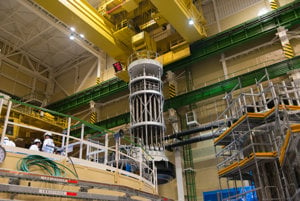 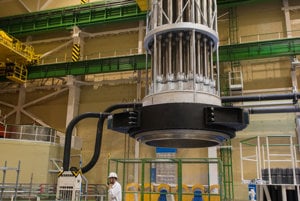 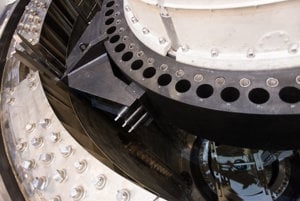 SE plans to phase in the third unit in 2017 and the fourth one in 2018. Each unit will have 471 MWe output covering 13 percent of Slovakia’s total electricity consumption.

The budget for completion of the third and fourth units in Mochovce has already increased from €2.8 billion to €4.6 billion, but may not be final. Shareholders of SE, the Italian energy group Enel holding 66 percent and the Slovak government holding the remaining 34 percent have launched an expert commission to assess the timetable and the budget, while its assessment is expected in the coming weeks.

The Hospodárske Noviny economic daily has already indicated that the budget might be increased by €0.5 billion to €5.1 billion.

SE has been financing the project from its dividends and without any financial support from the side of the state. It lists changes made in the project after the Fukushima disaster improving the design of the power plant among reasons for additional costs and postponement of its completion.

“The main aim is quality, reliability and safety of the power plant during its 60-year operation,” said Cotugno.

Italian Enel holds 66 percent in SE while it has already agreed with the Czech company Energetický a Průmyslový holding’s (EPH) about its sale.