Interest in dual education is low

But the Education Ministry considers it premature to evaluate the system. 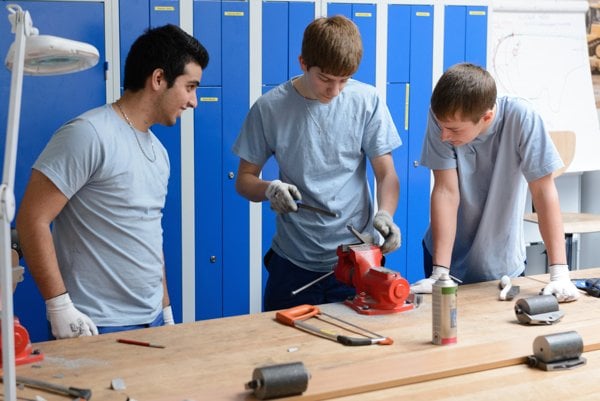 Neither the secondary vocational schools nor students are interested in the dual education scheme, according to the representatives of the Slovak Chamber of Commerce and Industry (SOPK) which calls for changes.

Regarding students and their parents, it is necessary to raise their awareness of the system, says Viliam Gonda, secretary of the SOPK Committee.

“It is a problem to attract the primary-school pupils to study within dual education as the primary schools and educational consultants lack enough information,” Gonda said, as quoted by the TASR newswire.

Some of them do not know that the employers and students sign an agreement based on which the employers both educate the students and pay them for their work.

“Moreover, when they graduate from school, they have a certain job in the firm,” Gonda continued, adding that these benefits are not usual these days. The fact is, however, that the students do not have to remain at the employer.

As for the secondary vocational schools, they are not interested in dual education mostly due to the financing model. They receive less money for students who join the scheme as they also spend some time at the employer, Gonda said, as reported by TASR.

The Education Ministry responds that it is premature to evaluate the functioning of the dual education scheme now as it has been officially running only one school year.

“One of the current challenges of dual education is to persuade young people and their parents that this education offers a guarantee of quality education,” the ministry admitted, as quoted by TASR.

The ministry also claimed that Education Minister Peter Plavčan has already met with representatives of organisations responsible for dual education, at which it promised to prepare measures to support the scheme until July 31, TASR wrote.