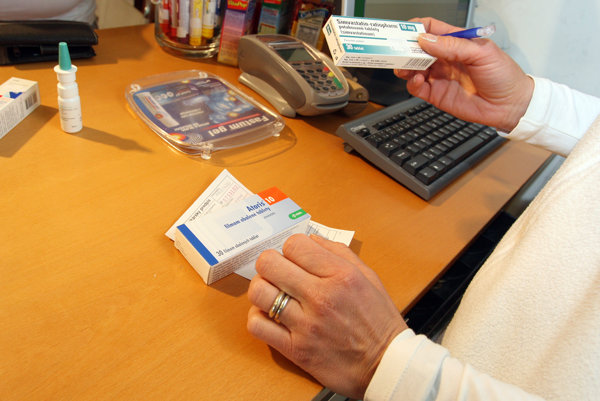 Health Minister Tomáš Drucker is moving to prohibit the reverse sale of medicines by pharmaceutical distributors with changes to drug laws that should result in ban on re-exporting submitted for interdepartmental review in early-July.

Despite the sufficient imports of medicines, Slovak patients have in recent months complained about insufficient supplies in hospitals. Pharmaceutical distributors are re-exporting great quantities of them abroad. With drug prices in Slovakia among the lowest in the European Union, this makes for good business.

“The ministry expects to increase availability of medicines for patients and cut-down exports of medicines to a minimum,” Health Ministry spokeswoman Stanislava Luptáková, told The Slovak Spectator.

The amendment shifts responsibility for the availability of classified medicines to the holder of the registration. Only authorised holders will have legal authority to regulate distribution until its release in pharmacy, according to Luptáková.

In addition, exchange of medicines shall be possible only between public and hospital pharmacies and only holders of registration can export medicines, whereby State Institute for Drug Control (ŠÚKL) must receive notification within seven days.

A failure to comply with the measures will be sanctioned with a fine of€100,000 to €1 million, or by a complete ban from selling medicine.

The draft law is proposed to come into force as of January 2017, still pending government, parliament and presidential approval.

Experts agree that the amendment will improve availability of medicines.

The changes should sufficiently regulate the availability of medicines for Slovak patients, according to Ondrej Sukeľ, head of the Slovak Chamber of Pharmacists (SLeK).

Miroslava Snopková of the Faculty of Pharmacy of the Comenius University in Bratislava explains that companies authorised for medical care currently do not provide medicines directly through distribution companies but, via two steps, at first through producers who release medicine for patients and then expedite it to the pharmacy.

“Medicines would be better available if authorised distribution companies were major exporters of human medicines for sale at higher prices abroad,” Snopková told The Slovak Spectator.

However, the amendment recalls only classified medicines, Katarína Slezáková, executive director of the Association of Innovative Pharmaceutical Industry (AIFP), noted.

“Besides classified medicines there are no restrictions in terms of their export,” Slezáková told The Slovak Spectator.

Issues may arise when implementing the law, “for example during scanning of medical prescriptions and ordering beyond the scope of pharmaceutical care”, Snopková said

The draft law is the ministry’s reaction to the current situation when distributors often buy medicines from pharmacies and sell them with higher prices to countries in western Europe. In 2015, pharmaceutical companies exported medicines worth about €280 million, the TASR newswire reported.

While 140 distributors operate in Slovakia, only 20 of them actually distribute medicines to public pharmacies, the Health Ministry’s data suggests.

Drugs for oncological, cardiological and neurological functions and mandatory vaccines are commonly reexported, Sukeľ said. Each country of the Visegrad group has a different view to the regulation of the re-export.

“In principle, it is about the ability of the regulatory authority to ban the export of medicine to specific exporter or define a list of banned medicines,” Sukeľ said. 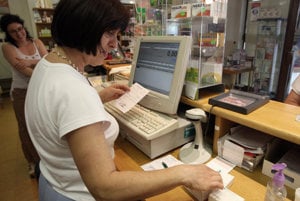 Many of the distributors active in Slovakia have been established solely for exporting. Such businesses violate the natural identity of this segment of pharmaceutical chain and the mission they are given by regulation office, Sukeľ added.

Before the introduction of the draft law, the European Commission launched legal proceedings against Slovakia in the case of a direct ban on exports which ŠÚKL applies by now in the moments when some medicines are lacking on the market. EU authorities argue that the measure is against the Treaty on the Functioning of the EU.

In 2016, ŠÚKL banned export of 986 medicines dedicated mainly to the treatment of epilepsy, schizophrenia, Parkinson’s disease, cancer and prevention of blood coagulation.

Moreover, ŠÚKL received more than 32,000 notifications of intent to export 1,289 sorts of medicines in 2015 of which 1,216 sorts in total of 1.14 million packages was exported, said ŠÚKL’s spokeswoman Diana Madarászová.

“Distribution companies planned to export a total of nearly 5 million packages,” Madarászová told the Sme daily, adding that ŠÚKL keeps the export at 4 percent which is less than 8 percent in the Czech Republic.

In contrast, Sukeľ quoted the EU Commissioner for Health and Food Safety Vytenis Andriukaitis who said EU member states have the right to stop selling medicines at lower prices in other countries when it endangers patients’ access to treatment.

“Some countries, like Germany, profit from re-export and directly calculate with a certain volume of such medicines,” Sukeľ said.

Besides the direct restrictions on exports, there is a possibility to ban re-selling of medicines between pharmacies and distribution companies, institute forced disclosure of stocks of medicines, introduce dual prices or increase the prices of listed medicines.

In the case of dual prices, medicines are sold for prices calculated as an average of the three lowest prices in the EU, while export medicines would be sold at a minimum price higher than price in Slovakia, said Pavol Trnovec, corporate affairs director of the pharmaceutical company GlaxoSmithKline, as quoted by Sme.

“So-called paybacks – reverse payment of the difference in insurance company’s price – would ensure the difference between charged and agreed price,” Trnovec told Sme.

Export of medicines for profit could be limited if the current notification of export to ŠÚKL was changed to permission, said Sukeľ.

Snopková suggests sufficient supply of medicines, possibility to order and ensure a medicine in time of need of patient and administrative proceedings against persons who by their activities cause unavailability of human medicines for final consumers.