Gems of Bratislava, its region, and Slovakia in picture books

Among the publications presenting the sites worth visiting in the Slovak capital, its vicinity, and the whole country, three books full of pictures, authored by Bedrich Schreiber, appeared this year. 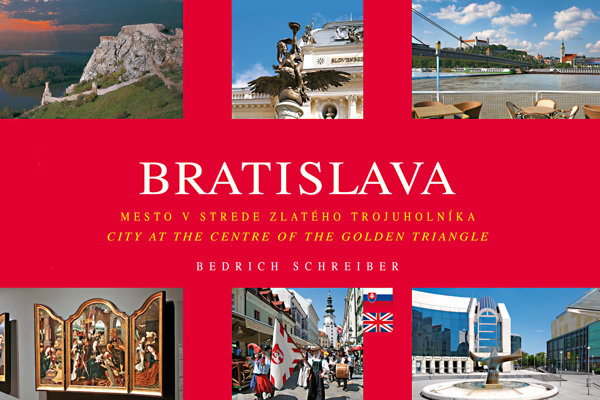 Slovakia – Jewels in the Heart of Europe – highlights the most outstanding places of interest, unique country culture and history in 160 pages. The book’s format continues in the popular and time-tested format, design and size, as pioneered by the publication about the Danube river, Small Carpathian mountains, the capital, the Bratislava Region, and others. Texts are in Slovak, English and German. The book that appears in re-print includes 300 photographs.

Another prestige photo-book authored by Bedrich Schreiber is called Bratislava – City at the Centre of the Golden Triangle and is bilingual, in Slovak and English. In 160 pages it tells stories of famous locals, important historical events and interesting facts and curiosities about the Slovak capital. It also contains 300 new, attractive photos of the city which used to have three names until the beginning of 20th century (Pressburg, Pozsony, Prešporok) and which only has its current name since the split of Austro-Hungarian Empire and the forming of the first Czechoslovak Republic.

The third book from this series, also a prestigious photo-book by the same author, describes the four Slovak regions lying in the area surrounded by the Czech Republic, Austria and Hungary: the city of Bratislava itself, Small Carpathians, the Záhorie lowland and Podunajsko, the Danube-lowland region with 300 pictures and brief texts in Slovak, English, German and Hungarian. On 160 pages, the publication called Región Bratislava presents these localities of Slovakia in a modern, attractive way. 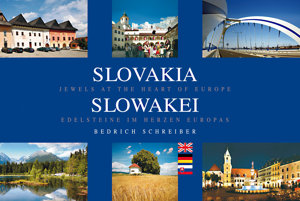 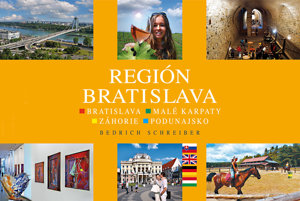