The Slovak midfielder will stay in the club at least until 2020. 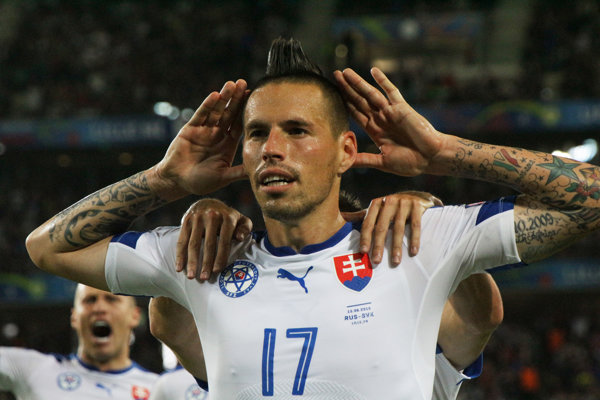 The question of the near future of Slovak football representative Marek Hamšík has been solved for now. The 29-year-old midfielder agreed with the management of his SSC Napoli club on prolonging his contract until June 2020, with the option to prolong it for a further 12 months.

“I love Napoli, I love the local people and feel great here; and this is very important,” Hamšík wrote on his official website, as quoted by the SITA newswire.

Hamšík has been playing in Napoli since the summer of 2007. His previous contract is valid until the end of the 2017-2018 season. The new agreement takes into consideration his current sports performance and loyalty to the club, said his agent Juraj Vengloš, as reported by the TASR newswire.

The midfielder belongs to the basic pillars of the Slovak national football representation. He has played 91 matches altogether for Slovakia, scoring 19 goals in total, TASR wrote.