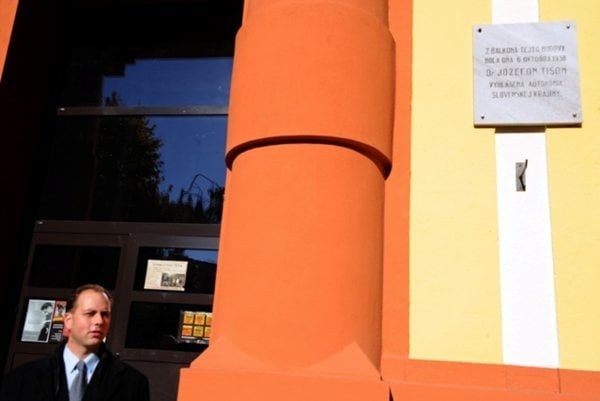 Lacko openly supports extremist MP Marian Kotleba and he describes Americans in World War II as athe ggressors. However, the lay-off by ÚPN, state institute documenting crimes of Nazism and communism in Slovakia, came after Lacko published his reaction to a story published in the Sme daily.

The story slammed some NMI employees for not doing their jobs properly. In reaction, Lacko criticised his subordinates and the institute deemed it a grave violation of work discipline and damaging the good reputation of employer and gave him an instant notice. The sacked historian allegedly wants to go to court, Sme wrote on September 3.

The dispute has been going on for months though. ÚPN head Ondrej Krajňák criticised Lacko’s work at the May session of Parliamentary Committee for Human Rights. According to Krajňák, Lacko was tasked to survey crimes of Nazism and communism but he focused on something else. Moreover, in his work, Americans were described as aggressors, although they fought against Nazism.

Lacko has also previously repeatedly supported the extremist party of Marian Kotleba. Kotleba, MP of LSNS party and Banská Bystrica regional governor. Kotleba questions the importance of the Slovak National Uprising that sort to drive the Nazis from the country and hails the executed president of the wartime Slovak state, Jozef Tiso.