Stats Office: Revenues in retail down in July

Revenues from goods and services increased month-on-month only in accommodation (by 7.4 percent) in July 2016, the Slovak Statistics Office (ŠÚ) reported on September 5. 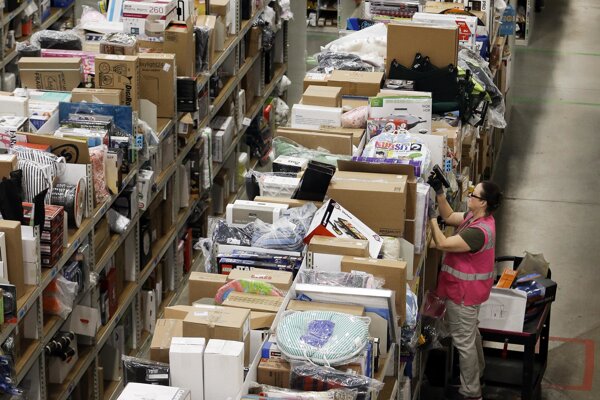 Conversely, revenues dropped in the sale and repair of motor vehicles and motorcycles – by 3.7 percent m-o-m, in wholesale – 2.3 percent, in pubs and restaurants – 1.6 percent, and in retail – 1.1 percent.

July retail revenues were down by 0.6 percent y-o-y, while they were up by 3.4 percent y-o-y in the second quarter of the year, Slovenská sporiteľňa bank analyst Katarína Muchová told the TASR newswire. “The July decline was the strongest since October 2013,” she pointed out.

Revenues in wholesale and retail went up by 0.9 and 1.8 percent y-o-y, respectively, between January and July.

In contrast to Slovakia, retail revenues have increased on an annual basis in most European countries. Robust increases were recorded mainly by the eurozone’s two largest economies – those of Germany and France.

Slovakia should see an improvement in retail revenues soon, however. “The consumer mood remains above the long-term average even after [the] Brexit [vote], with the Slovak economy continuing to grow, a fact that is having a positive effect on the labour market (with growing employment and salaries),” Koršňák said. “Household consumption should also continue to be supported by low interest rates and a lack of inflation. We expect, therefore, that the surprisingly poor summer figures should only be of a short-term nature, with restored acceleration in revenue growth to be seen after the holidays.”

The improving situation on the labour market and growing consumer trust should ensure a “return to positive increases in retail revenues in the next few months”, Muchová added.