Political scientist sees this as a kind of preparation for personnel changes that may occur after Slovakia closes its presidency of the EU council. 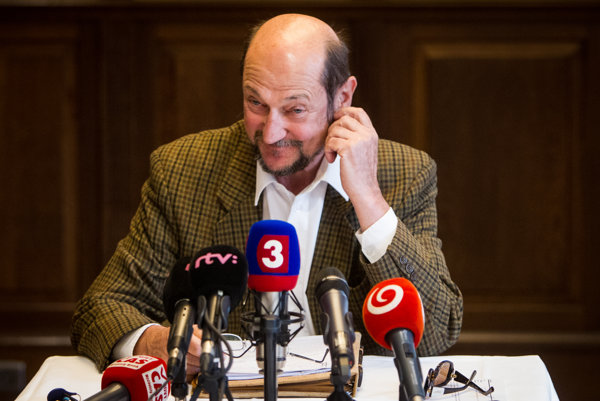 Boris Zala, member of the European Parliament for the ruling Smer party, has filed for suspension of his membership in Smer due to his dissatisfaction with where Smer might be heading. Zala has been also unhappy with Fico’s recent declarations that Zala and other MEPs do not have any influence within the party. Zala announced his decision on September 26. Now party’s bodies will decide about his request.

“The chairman said we do not have any influence over the membership base, over the party leadership, nor over him,” said Zala as quoted by the TASR newswire. “I don’t like being engaged in a party where I don’t have any influence at all; it’s futile then. I’ve come to the conclusion that my membership is useless from this point of view. But I’m not giving up as yet; I’ve just filed for suspension of the membership.”

He added that Smer is now deciding where it is heading and thus he wants to leave the door open.

“I still hope that Smer will return to traditional social-democratic politics,” said Zala. “If that happens, I see no reason why I shouldn’t come back.”

Zala’s decision is linked to his shock over the programme that Smer plans to discuss at the party executive conference on October 22 that he feels is too confrontational. Zala hopes that the conference will focus more on social questions, overcoming regional disparities and the Government Programme Statement.

The MEP is bothered by the proposed agenda of the conference and how it represents a deviation from social democracy.

“It’s not programme material like Smer used to have,” said Zala. “It’s a propaganda pamphlet that’s hiding behind social democracy but has nothing to do with it in its content.”

View of a political scientist

Political scientist Ján Baránek thinks that MEPs do not have any strong influence on what is happening on the Slovak political scene and they also lack more significant support of their colleagues.

“Moreover, they are in the European Parliament and thus they have a much weaker influence on the opinion of voters of Smer,” Baránek told the SITA newswire. “Their opinion will not significantly influence preferences of Smer.”

On the other hand Baránek sees what is happening now as a kind of preparation for personnel changes in Smer. These may take place after Slovakia ends its presidency of the EU Council.

“Smer should held its congress in December,” said Baránek, adding that after the congress the situation will be clearer, while particularly who will be elected for Smer vice-chairman will be important. “Afterwards also changes at ministerial posts controlled by Smer may be expected.”