After the first president of independent Slovakia Michal Kováč (in office 1993-1998) died aged 86 on October 5 evening, top incumbent as well as former Slovak politicians reacted with tweets, posts on Facebook and official statements. 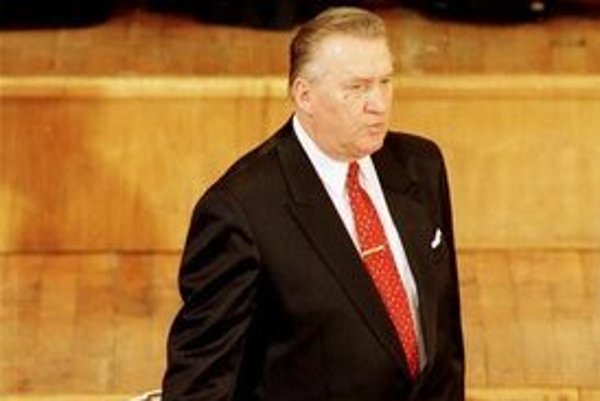 The first man of the new state has deceased, Kováč’s former foreign-policy advisor Pavol Demeš told TASR, adding that the country can be proud of him.

“Excellent human relations – both professional and personal – connected us,” Prime Minister Robert Fico said in reaction to his death, as quoted by the TASR newswire. “I want to express my deep condolences to his family and close ones.”

Speaker of Parliament Andrej Danko also expressed his condolences, adding that “this is sad news at the end of the day”, according to the SITA newswire.

Fedor Flašík, former PR manager and advertising consultant for the HZDS party of Vladimír Mečiar, who led an open war with then president Kováč, apologised on his Facebook profile for the clock he installed back in 1997 on the building opposite the Presidential palace in Bratislava that was meant “to count down the time in office” for Kováč. Flašík also called the news on his death a sad.

"There are things in life that you do at a certain time, place, in a certain context,” he wrote, according to SITA. “At that moment, they may seem right, funny, or a practical joke – or simply done on someone’s order. You do it, and it starts living its own life, with all its consequences and results, and it cannot be undone.” Flašík, who was afterwards a consultant for the ruling Smer party and then went low-key, added that you later learn to live with it, trying to ignore or justify it even to yourself – telling yourself it is not such a bad thing, that there are still worse things. But, as he wrote, when hearing about Kováč’s death, he instantly remembered the clock and felt regret that he had not apologised to him for this deed.  “Thus, I am doing so at least tonight (i.e. on October 5) – Mr. President, sorry,” he concluded.

Kováč was in conflict with the then-ruling party HZDS, which even involved the abduction of his son Michal Kováč Junior to Austria. Despite all odds, Kováč remained in office until the end of term, when he handed over his powers to the Slovak government. 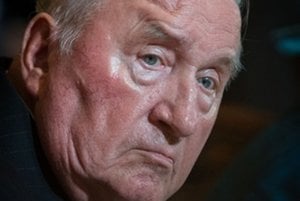 Kováč has been imprinted into the minds and hearts of people as he mastered the difficult task of setting the level and standard of the presidential office, former PM Mikuláš Dzurinda (SDKÚ) told SITA, adding that “it is not easy to be the first”. He set the level quite high, Dzurinda said, keeping his independence – of both government and opposition.

“The attitudes and deeds of Mr. President Kováč helped Slovakia to get free from the tentacles of pseudo-democracy and decline from the times of Mečiarism, but also showed how big impacts the often downplayed competences of the president can have,” former PM Iveta Radičová (SDKÚ) said, as quoted by SITA. She also said he proved “how important it is to assert the values and moral principles and how decisive it is who executes the due position”.

Former president Ivan Gašparovič said that Kováč played a crucial role both as the president of Slovakia and as speaker of the Czechoslovak Federal Parliament during the time leading to the peaceful split of Czechoslovakia. “Event though we were not always of the same opinion, we always found a way to meet and speak in friendliness,” he said for SITA.

Another former president, Rudolf Schuster, joined Gašparovič in condolences and said for TASR: “We were very close friends; I shared his illness with him, as I, too, experienced hard times due to health issues – but I recuperated. Even though he was ill, we believed his state would improve.”

The Chair of the Conference of Bishops of Slovakia, Stanislav Zvolenský, expressed condolences and noted, as quoted by SITA, that he recalls with deep respect his activities in office and also the braveness with which he handled the ailments in the recent period.

Also, the current chairmen of political parties and top politicians expressed deep sorrow and condolences and stressed Kováč's role in the early phases of the country’s independent existence, including during the hard times of the rule of Vladimír Mečiar and his HZDS party, focusing as well as his personal stances and attitudes.