The informal summit of parliamentary speakers of the European Union aims at introducing the uniqueness of Slovakia - although political issues will be discussed as well. 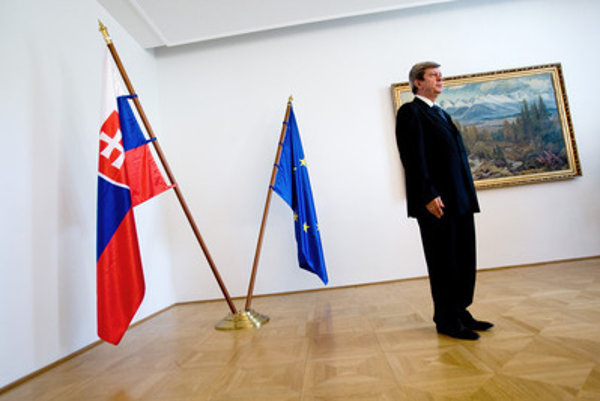 The dinner hosted by Speaker of Slovak Parliament Andrej Danko at the Bratislava Castle on the evening of October 6 is expected to feature speakers of the EU parliament and president of the European Parliament, Martin Schulz, as well as Slovak President Andrej Kiska and Prime Minister Robert Fico. Various traditional Slovak meals – baked beetroot with goat cheese, white bean salad, Slovak fish and venison, šúľance (a potato based pastry), bilberries, bacon and poppy seed, together with Slovak wines and spirits – will show the country in its best light, the TASR newswire wrote. During the dinner, animated movies presenting Slovak regions will be screened.

“I am glad that Slovakia is active, during its presidency of the Council of EU, in organising top meetings,” MEP and former foreign minister Eduard Kukan said for TASR. “Speakers of parliaments are one of the most important constitutional representatives, and thus this informal meeting will be of great political importance.” He expects their debate to reflect the current political mood in individual member states but it should also focus on current issues, for example the use of the so-called yellow card which enables national parliaments to block European legislation, as happened recently on the EU directive on sending workers. This is acceptable, but it is crucial not to undermine the principles on which the EU stands, according to Kukan. EU unity is also one of the themes to be discussed, as it is often attacked by various extremists and demagogues – who often sit in national parliaments.

“I do not expect this summit to adopt binding solutions concerning the change of current competences or positions of national parliaments," Smer MEP Monika Flašíková Beňová told TASR. “I perceive the declared effort to deepen cooperation between national legislation bodies within the European Parliament positively,” she added. “This is connected also with the initiative we launched in the past, together with other Slovak MEPS.”

As for unity, the Smer MP sees several de-stabilising elements which threaten it: the refugee crisis and the lacking “light at the end of tunnel” in solving it; as well as pertaining economic hardships, especially in southern countries, and growth of populist and especially extremist parties and movements. She also deemed the position of EU as a global player as insufficient, due to its size and economic power.

MEP Jana Žitňanská (NOVA) sees expectations concerning the summit as sober, as the main goal is to exchange information and deepen political dialogue. “I certainly support the improvement of procedural relations among EU institutions and national parliaments, for the national parliaments to have longer deadlines to form justified statements, and to improve their quality,” she summed up for TASR.