Under-21 advance to the European football championships

Slovakia has not had a representative at the championship since 2000. 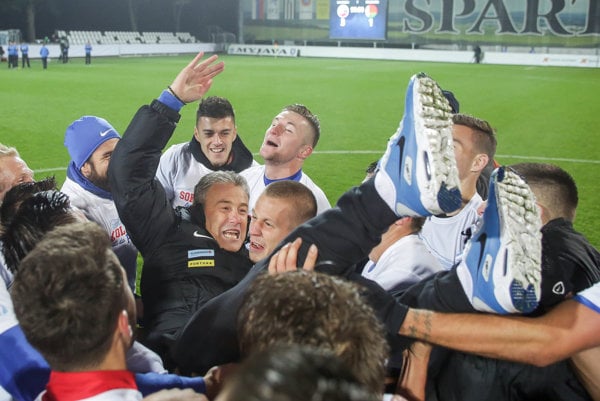 After 17 years of absence, Slovak football representatives younger than 21 will attend the European championship which will take place in June 2017 in Poland.

Its advancement was sealed by the October 6 match between the Netherlands and Turkey, which ended in a 0:0 draw. The under-21 team confirmed it by defeating Belarus on October 7, winning the match 3:1.

“The advancement is an appreciation but also a commitment that the players will play their best also at the European championships,” 47-year-old Czech coach Pavel Hapal told the TASR newswire. For him it is the biggest success of his coaching and football career.

Though Slovakia currently leads its Group 8 with 18 points, six victories and one loss, it was not an easy path.

“We have gone through everything in this elimination phase,” Hapal continued. “We lost, we were unsuccessful, but we managed to change it. The power of this team is great.”