Head of the Gorilla team quits

One of the reasons is reportedly the conditions under which he was working. 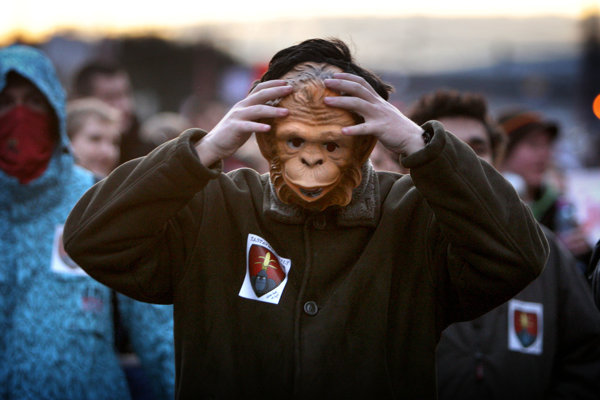 The investigator of the National Criminal Agency (NAKA), Marek Gajdoš, who leads the team dealing with the alleged corrupt activities within the Gorilla file, has asked his superiors to release him from active service.

He is leaving the police after 17 years. His service will end at the end of this year, the Nový Čas daily reported.

“I did and still do like the job of an investigator, but the conditions in which I had to work due to the approach of several people having impact on my work and indirectly on its results are intolerable,” Gajdoš said, as quoted by the Denník N daily, adding that he still needs the change of working environment without these reasons.

Gajdoš allegedly had conflicts with head of the Special Prosecutor’s Office Dušan Kováčik, who allegedly denigrated him on several occasions. Gajdoš has complained in the media several times that Kováčik had not approved some of the proposals regarding the investigation, as reported by Denník N.

The Gorilla file was published on the internet in 2012. It contains the alleged transcripts of recordings made by the Slovak Information Service (SIS) intelligence agency which had wiretapped a flat on Vazovova Street in Bratislava. It allegedly describes corrupt practices between top politicians and businessmen in the years 2005-2006.

During the summer, Kováčik said that the investigation is nearing its end.