Blog: The battle of stories: East versus West

If Slovakia is to present itself on a global stage, it must learn to communicate its story to people who know nothing about our country. 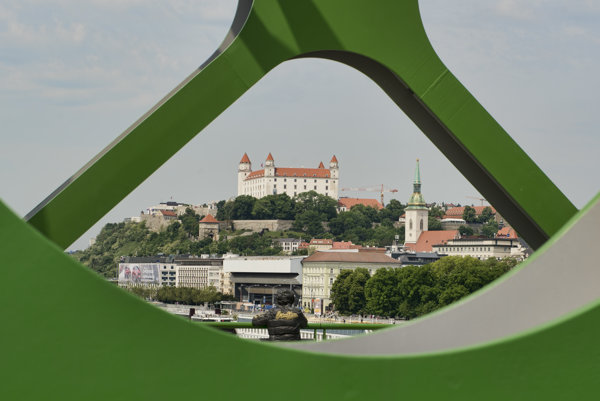 Perhaps there is a much bigger role for us in mediation between East and West than we realize. (Source: TASR)
Font size:A-|A+

In a recent interview conducted in a Western media, a renowned journalist interviewed one of Slovakia’s leading politicians. This was a perfect opportunity to observe what happens when East meets West. In established democracies, journalists hold a special responsibility to uphold truth and question those in power. When our politicians cross the border, they enter a territory governed by different rules. This is where media and general public respond very differently to figures of authority.

Does the West have a hidden agenda?

We could say that Western journalists are too harsh with Eastern Europeans. Is this personal or just professional? There are a number of journalists who are prepared to tear those in power to pieces. This form of journalism, referred to as a ‘grilling’, is common practice in the West. It is how public power is kept in check. Journalists ask tough questions, and political figures are expected to stand their ground and answer them. Or else be ridiculed. Of course, there are hidden agendas too.

In Slovakia journalists take a much gentler approach. Is this more a fair and balanced journalism, or a handicap from our past? It was not that long ago when questioning authority was equated with prosecution. Or is this a product of our educational system, where students are not expected to challenge the opinion of their teachers? Many Eastern European representatives are not familiar with these journalist tactics. Likewise, many Western European journalists are not familiar with the context in the East. This can result in tension and miscommunication when the Western journalist is surprised to learn Slovakia does not think like Britain. Or, when the Eastern representative does not understand why the Western journalist is being so patronizing and ignorant.

Learning how to communicate

We, as a culture, seem to struggle with communicating our perspective convincingly on a global stage.  Learning how to speak for ourselves as a nation and culture is something new for Slovaks. Up until very recently we were always part of something bigger, from Austro-Hungarian Empire to Czechoslovakia. Others spoke for us for over a thousand years which means that we do not have a legacy to build on. It was only after our recent independence that we were catapulted into international affairs. We have picked up on a lot in the process, but there is much more learning to be done.

Our politicians are used to speaking to a local audience.  Difficulties become obvious when we try to communicate our story to the world.  The formulation of arguments is a practice of storytelling.  Western journalism works according to this model. He who tells the best story wins the argument. Russia’s Vladimir Putin is an example of an Eastern politician that has mastered this practice. He is an excellent story teller. He answers tough and sometimes aggressive questions of prickly Western media with arguments that draw on history as well folklore, as well as facts and figures. He famously positions Russia as a calm bear that just wants to be left alone to eat its berries. Aggressive hunters will not leave it alone, and so the bear must defend himself. This is a very simple analogy that communicates a very clear and strong message about Russia’s position to the world.

If Slovakia is to present itself on a global stage, it must learn to communicate its story to people who know nothing about our country. This is also why so many Western journalists come across as arrogant and judgmental. When they point their fingers and ask why we have not yet resolved our corruption and / or Roma issue. This is why we need a good and consistent story to tell and tell it convincingly.

Speaking to a domestic audience is very different from speaking to an international one. The world gets a lot more complicated beyond the safety of our immediate borders. We must learn to engage with people who do not look and think like us. They come from different countries and cultures. We must first learn to understand them before we try to convince them of our opinion. This is best achieved by walking, thinking and seeing the world from their perspective. One naturally acquires this knowledge when living in a foreign society. International Slovaks often comment on how their mindset changes abroad. It does not mean that they forget their Slovak perspective. On the contrary, they acquire a new one.

If Slovakia wants to be an international player we have to learn how to acknowledge different perspectives. We are small country, and therefore will never have majority rule. We will never be able to sway global influence through our resources or population size. This is a fact we must accept. It is also an opportunity.

We have to get smart in developing an effective communication strategy.  Shedding our one-dimensional thinking towards a pluralistic one must be the first step. The world is not against us. But, one thing is for sure. They do not understand us. So why don’t we start to dig a little deeper into who we are as a people and nation? We cannot avoid this, if we want to explain our positon and protect our interest on an international stage.

What do we have to offer?

The picture is much bigger. Every country has a specific outlook and unique skills. Switzerland became the private banking center of the world. America deconstructed taboos about money and sold the American dream. Israel became a startup maverick. What is it that Slovakia has to offer the world? We have already played an important role in harmonizing Europe. We only have to look at our diplomatic achievements in the Balkans. Perhaps there is a much bigger role for us in mediation between East and West than we realize. But first things first.  We need to start talking to the world, if we are to become the brokers.