The prosecution has confirmed that criminal charges have been filed against Lipšic and Grendel. They are based on a criminal complaint from tycoon Marián Kočner. 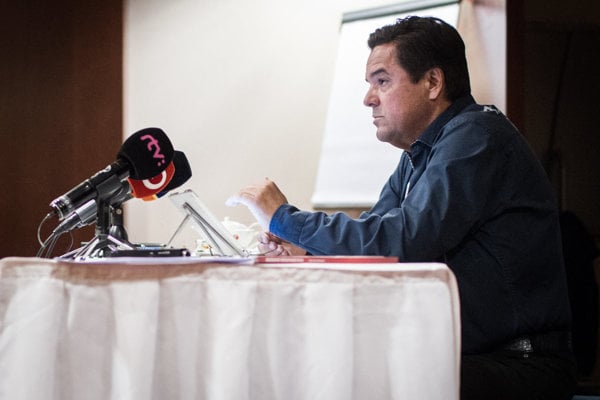 A former interior minister and his spokesman face criminal prosecution for having published details of bank transfers on the accounts of known tycoon Marián Kočner.

The prosecution confirmed on October 19 that criminal charges have been filed against Daniel Lipšic and Gábor Grendel.

The former interior minister and his then-spokesman are accused of informing on special transfers on the accounts of Kočner in 2012, based on a criminal complaint filed by Kočner back in 2012 against an unknown offender. Although in his initial reaction on October 18 Kočner claimed he had nothing to do with the charges, one day later he admitted to being a party in the case and shared with journalists the police report comprising the charges, which he has access to as an involved party.

The police say Lipšic connected Kočner with the Gorilla case, and instead of remaining objective, he emotively presented his personal assessments and questioned in media the legal proceeding of the Prosecutor General’s Office, the Sme daily reported.

Lipšic, who has recently withdrawn from active politics following a fatal car accident in which he hit a man who later died, in fact faces charges for four deeds, based on the report.