Reactions of Slovak politicians to US election results

Slovak politicians have published their first reactions to Donald Trump being elected the 45th US president; most of them are reserved about his victory. 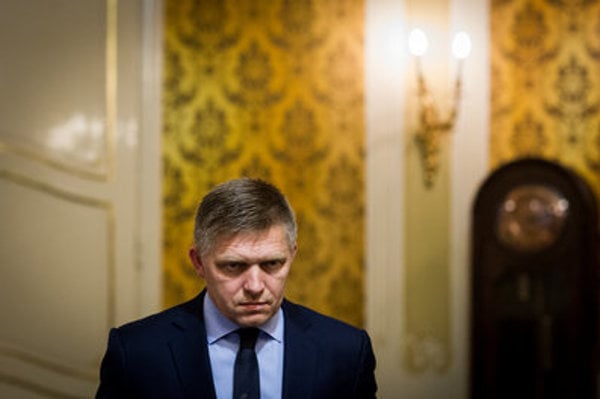 “I congratulate Donald Trump on his victory in the election,” Slovak President Andrej Kiska said, as quoted by the Sme daily. He added that the USA is an important partner and ally of Slovakia and the European Union, and it is crucial that matters stay the same in the future.

“Both the world and Slovakia are completely different than what media descriptions show,” Prime Minister Robert Fico said. “And the election of the US president has confirmed this. We all have to listen to people, and this truth has been shown in the United States. I want to congratulate the new American president. And as the head of government, I fully respect the will of US citizens.”

The Most-Hid party respects the decision of US voters, its chairman Béla Bugár said. “Only the future will show whether the new president will be able to overcome his shadow of populism which has accompanied his whole election campaign, and whether he will be able to manage the burden of real responsibility – not just for how the USA will look, but also the whole world, in four years’ time.” Bugár noted, according to Sme.

Bugár’s party colleague and head of the Parliamentary Foreign Committee, František Šebej, said that after Trump’s victory, the European Union will have to rely more on itself in security issues, than on the US. He opined that Trump has been elected by people who refused the current so-called Washington policy that Hillary Clinton would continue.

Foreign Minister Miroslav Lajčák has deemed Trump “the president of discontinuity”, but US citizens have elected the person they want to see lead the country, and we respect this, he added, as quoted by the TASR newswire, congratulating the new president and stating the readiness to cooperate with him. Lajčák also added that it is interesting to see what will be the distance between candidate Donald Trump and president Donald Trump – as this difference can be always found. Defence Minister Peter Gajdoš shared this view, too.

Culture Minister Marek Maďarič is very curious, according to the SITA newswire, how much of his pre-election rhetoric will become reality. He added that the trend of calling each politician who goes against mainstream a populist should be stopped.

Environment Minister László Sólymos admitted being surprised and added that he hopes the election of Trump will have no impact on the ongoing fight against climatic changes.

Opposition MP Ľubomír Galko (SaS) sees the result as logical, as a protest vote having won; opposition MP Jozef Viskupič (OĽaNO-NOVA) sees it as the culmination of the vulgarisation of public space, the TASR newswire wrote.