Blog: My bubble, your bubble, our bubble

Like in the pre-1989 times, people seem to have returned to their bubbles, seeking a safe place to share their real thoughts and leave the world outside. 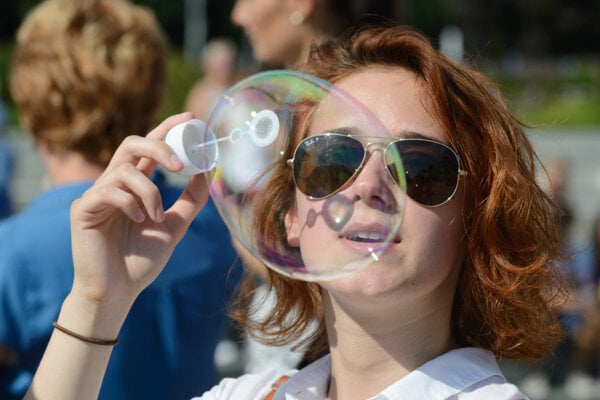 The coffee smells fresh on this cold November morning and I think twice before reaching for the remote control. Last night I fell asleep watching a debate on the Czech public-service TV on who will bring the Russians “to us”: Trump or Hillary? The conclusion of at least five former ambassadors: neither of them really cares about central and eastern Europe and we have to take care of ourselves now. My recently turned 88-year-old grandmother has been saying the same for a while. I have always known that she had potential to become a political analyst had the fall of communism come earlier. Which reminds me that the 27th anniversary of the Velvet Revolution is next week (November 17). Say “Hi!” to a whole generation that does not have personal experience with an oppressive regime, who do not know the fear of being persecuted for their ideas. Lucky them! Or not?