Trump is the symbol of a loss of trust in institutions. The fact that he will now sit at the helm of one of the most powerful institutions in the world is a sad paradox. 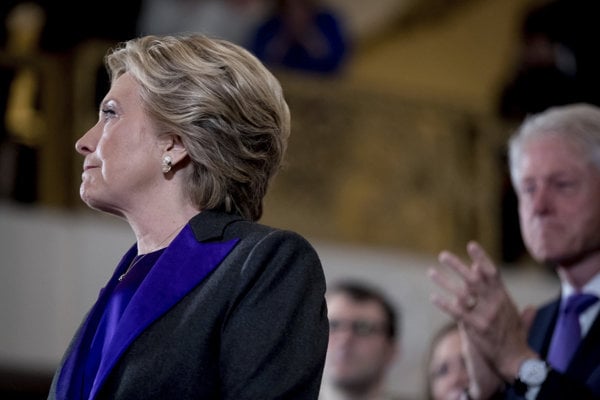 The hopes of the feminist movement are trumpled. (Source: TASR/AP)
Font size:A-|A+

On Wednesday morning, Slovakia woke up with a bad case of Brexit déjà vu.

But while Brexit was, and remains, a rather mythical notion – even now, it is not clear what it means, or how or when it will actually happen – the election of the American president lacks such a merciful blur. The result is all too clear.

For Slovakia, it is the third shock in a row, after the UK referendum and our own national parliamentary election, although here the anti-system element has emerged but has not (yet) prevailed.