State supports purchase of electric and hybrid cars with €5.2 million

The primary endeavour is to increase the number of these cars to some 1,000 by the end of 2017. 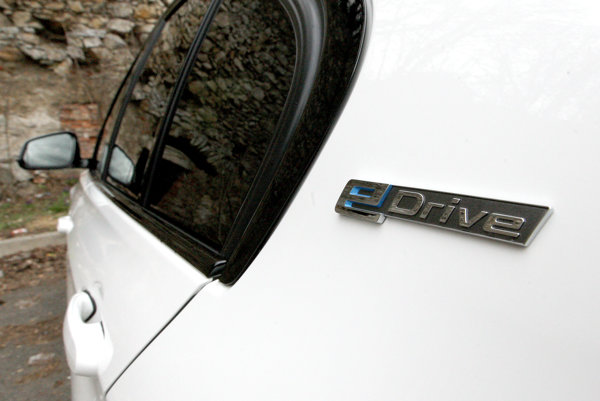 The state will support the development of electromobility with €5.2 million, of which €5 million will come from the recycling fund and €200,000 from the resources of the Automobile Industry Association (ZAP), said Economy Minister Peter Žiga (Smer) in Bratislava on November 10.

Each buyer of a new electric car will receive a contribution of €5,000, while those buying hybrid cars will receive €3,000.

“This is the first specific step towards supporting electromobility in Slovakia,” said Žiga as cited by the TASR newswire. “Around 70 electric cars are sold in Slovakia every year, while there are around 250 electric cars and 600 hybrid cars on Slovak roads ... This is too small a figure for such an automobile superpower; we should increase the number of such cars.”

The primary endeavour is to see a hike to some 1,000 of these cars by the end of next year. The main precondition is that the vehicle must be a brand new, unregistered, plug-in car purchased in Slovakia. Plug-in means that it should be possible to recharge the battery via an electrical outlet.

ZAP president Juraj Sinay is convinced that this contribution will help people who are considering buying a new car. He also hopes that the initiative will help to boost the development of charging infrastructure.

Every individual, business entity, town or village will be able to apply for such a contribution, which will concern only personal vehicles and small commercial vehicles up to 3.5 tonnes. The contribution will be paid gradually over the course of three years of registration in order to prevent speculative exports abroad.

The support programme will start on November 11 and will run until the end of 2017 or until all resources are exhausted.

In the meantime the Slovak Electric Vehicle Association (SEVA), a grouping of legal entities aimed at supporting transport and infrastructure for personal and commercial electric vehicles in Slovakia, praised the initiative. But it stresses lack of charging infrastructure saying that the ecosystem of electromobility does not consist only of electric vehicles but also of charging infrastructure, to which the state is not very attentive and without which there will not be any sustainable growth in this segment.

SEVA director Peter Badík said that there is a long-term lack of a vision for developing charging infrastructure. The current infrastructure is rather decent given the small number of electric cars, but there is a lack of charging points in cities and at public carparks. He hinted that it is possible that in two years from now there will not be anywhere to recharge new electric cars. It would be appropriate for the government to find a way of helping cities to build at least basic infrastructure that would correspond with the increasing number of electric vehicles.

“Our concerns weren’t taken into account in this new vision, so all that’s left is the hope that Slovakia will define a sustainable vision of developing charging infrastructure for electric vehicles in a short amount of time,” added Badík.