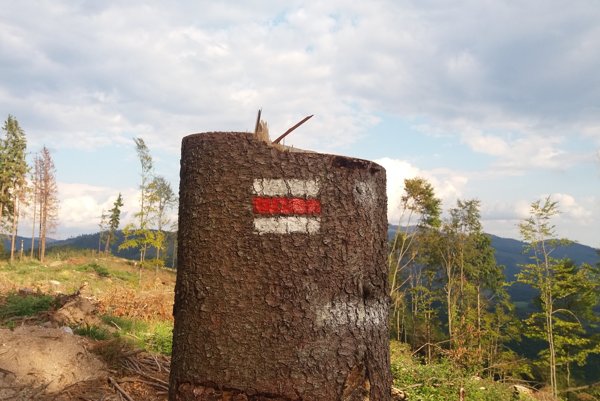 We got great views of the television tower all morning. Depressingly, we could also see Ďumbier and Chopok and we suspect Ďurková Chata (where we stayed a year ago). Basically, good views of the Low Tatras.

We passed The Source of the River Hron (as sign posted), which we dutifully visited. You don’t get to see the actual source of a river every day. But then, in an area, that might be classed as being immediately adjacent and potentially upstream (if there can be such a concept above the source of a river), we saw other streams appear out of the middle of fields, which obviously fed into the Hron. I guess they just didn’t have the right PR. But, we think we eventually saw the actual source of the Hron, but we didn’t visit that one. Advertising does work, it seems.

The route was through fairly open forest (thanks to logging activities) and meadows: quiet beautiful. The mushrooms were starting to grow after the rain so a new game of mushroom spotting soon developed. We were not dressed properly, apparently camouflage gear and a wicker basket are required for serious mushrooming. But we still spot one or two of the slower mushrooms. 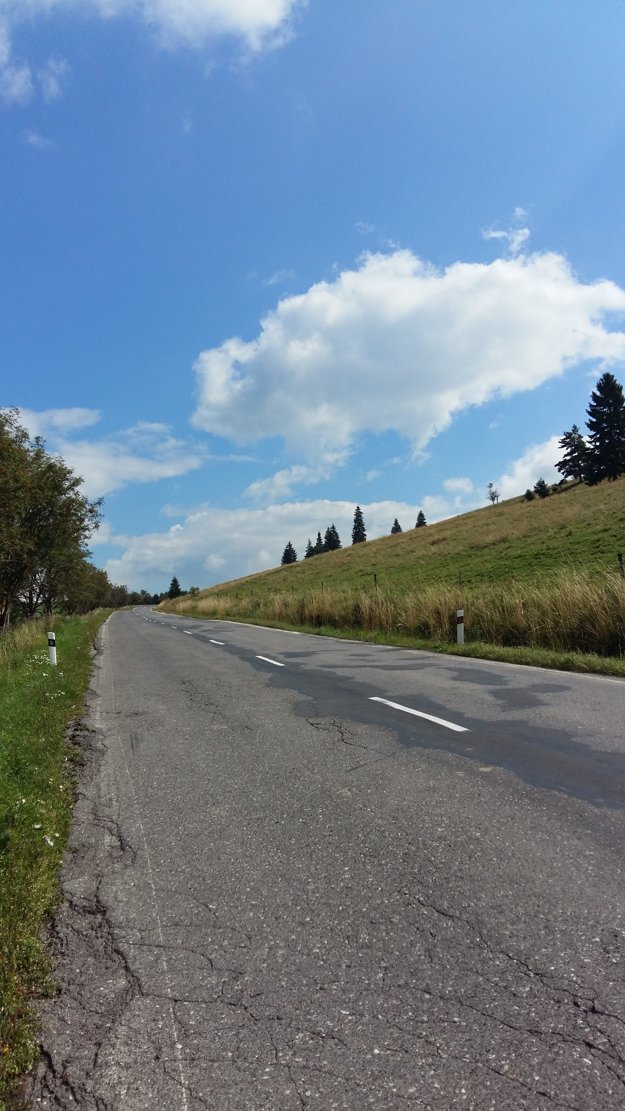 I introduced everyone to a nice little song that kept us amused for the rest of the walk.

We had lunch in a field sitting in a field. A feast of Tuc biscuits and soft cheese, chocolate and water. Foods of the gods. Well, food which takes a few weeks to get really really sick of. If ever you are in need of a field this field was one of the better fields that we had eaten in.

Because of Facebook we got roaded – a long trip down a perfectly good, but very steep, road that was unfortunately going the wrong way. Such is life. The new song, ‘Suicide is Painless’, the theme tune to M.A.S.H., an old, but still excellent US comedy show. We learned the whole song. My favourite bit;

“The sword or time will pierce our skins.

It doesn’t hurt when it begins.

But as it works its way on in.

We arrived in Palcmanská Maša just in time to derobe and desmell, and get to the restaurant before the 8pm (the last orders for food at 8pm is apparently to stop you eating too late. Restaurants with your best interests at heart. Amazing.) cut off for food. Unfortunately, this meant that we didn’t have time to explore. Next time.

We stayed in a kid’s camp – once again we are beholding to nice people.

General comment:
The weather improved – we are happy again.
Taught the family a new song
We have climbed a half marathon!