Most foreign doctors are among general practitioners

Slovak patients are used to health workers from abroad. 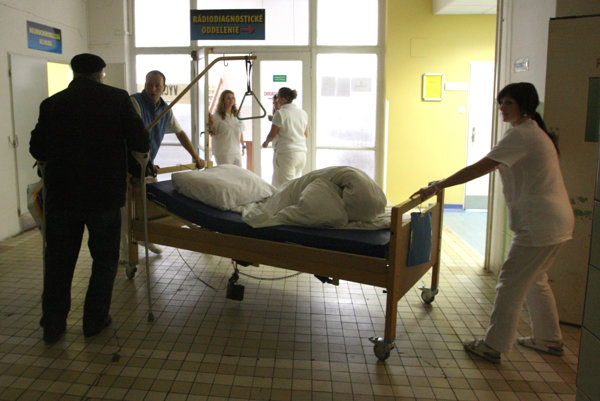 Health care is one of the sectors where a lack of qualified workers is expected to pose a major challenge in the future. Experts see hope in migrant workers – and itturns outthat Slovak patients already do have experience with being treated by foreign doctors.

Currently there are 3,412 foreign doctors working in Slovak hospitals, but the number includes also Slovaks who studied abroad, according to Eliška Vaculková from the Slovak Medical Chamber(SLK).

Foreign medical doctors can be found in practically all specialisations in Slovakia, mainly in fields of anesthesiology and intensive medicine, gynecology and obstetrics, surgery, pediatrics, psychiatry, neurology, ophthalmology or internal medicine. However, most of them are active as general practitioners, SLK informed.

The biggest hospital in Slovakia, the University Hospital Bratislava, also employs doctors from abroad, according to the hospital’s spokesperson ZuzanaEliášová.

There are doctors from Ghana, Dubai, Congo, Israel, Chile, Palestine and Ukraine working atthe hospital, she listed. Most of them have studied in Slovakia, and thus they don’t have to deal with a language barrier or any potential cultural barriers.

“Patients react to them just like they react to other staff,” Eliášová toldThe SlovakSpectator.

The University Hospital in Martin employs nine doctors from abroad.

“Since they have worked here for some time now, they can talk to patients in Slovak,” explained Katarína Kapustová, the hospital’s PR manager. While five of the foreign doctors are Czech, there are also doctors from Egypt, Mexico, Spain, and Sudan.

The Jessenius Faculty of Medicine in the central Slovak town of Martin has many foreign students, so patients are used to foreigners, according to Kapustová. Previously they had mostly students from Arab countries, while today there is a large community of students from Scandinavia, particularly from Norway.

“[Doctors]whowork inour[hospital]have a Slovak partner, and that is why they have chosen to live in our country,” she said.