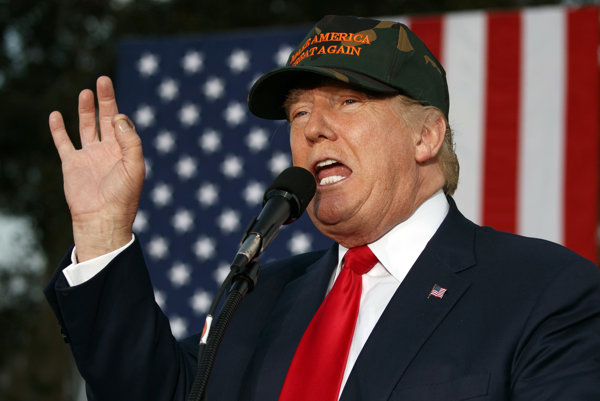 If any further sign were needed of the impending apocalypse, it arrived in Bratislava recently in the form of billboards promoting an event by David Icke.

Mr Icke, for those of you unfamiliar with this peculiar British phenomenon, is a former Hereford City goalkeeper and BBC sports presenter who, following a personal epiphany in 1990, declared himself the “Son of the Godhead” and embarked on a career as a professional conspiracy theorist.

He is, according to his own website, “the most controversial speaker and author in the world”.

As even he must concede, that is a title for which there is currently some stiff competition.

One of his recent YouTube presentations, ‘The Moon is Not What You Think It Is’, gives a flavour of his thinking. (It’s an alien spaceship – not cheese – in case you were wondering.)

He believes (I think – the reasoning for this one is a little tricky to follow) that shape-shifting reptilians control the world.

Perhaps most controversially of all, for several years during his ‘turquoise period’ he dressed only in green-blue shell suits.

One mystery that he might be able to clear up when he finally makes it to Bratislava is why his event, which is timetabled to last a marathon 12 hours, is being promoted on billboards a full year before it is due to take place, in late October 2017.

Charlatans like Mr Icke are hardly new, although the longevity of his act is impressive. (The much-heralded, but ever-postponed, ‘awakening’ will not, one assumes, interrupt his current “16/17/18 and beyond” tour.)

Another sportsperson to appear on Slovak billboards promoting pseudoscience lately is tennis star Dominika Cibulková. In the ads, she endorses homeopathy (although, in an interview with the Sme daily, adds that she does also use ‘normal’ medicine).

Her beliefs are by no means as unhinged as Icke’s but, as a role model to many young Slovaks, they are likely to influence far more people.

And, going up several orders of magnitude, we should acknowledge the orange elephant in the room: conspiracy theorist-in-chief Donald J Trump.

His predictions about the US elections being rigged have been quietly forgotten: it turns out the establishment, or the Illuminati, or whoever, are less competent than we were led to believe.

More seriously for all of us, he believes that global warming is a Chinese hoax.

Now that he has the power to disrupt international agreements to tackle it, we – or our children – may find out the hard way just how real it is.

(Or, as his most recent comments suggest, he might just forget about the whole thing.)

What all these people have in common is their belief that objective facts are less relevant than their own feelings.

Indeed, so popular is this belief that the Oxford English Dictionary this month named ‘post-truth’ as its word of the year.

But at some point, as the physicist Richard Feynman, a true scientist and a truly great American, once warned: “reality must take precedence over public relations, for nature cannot be fooled.”