Slovakia to preside over OSCE in 2019

After Slovakia presides over the Council of European Union in the second half of 2016, it will also preside over the Organisation for Security and Cooperation in Europe (OSCE) in 2019. 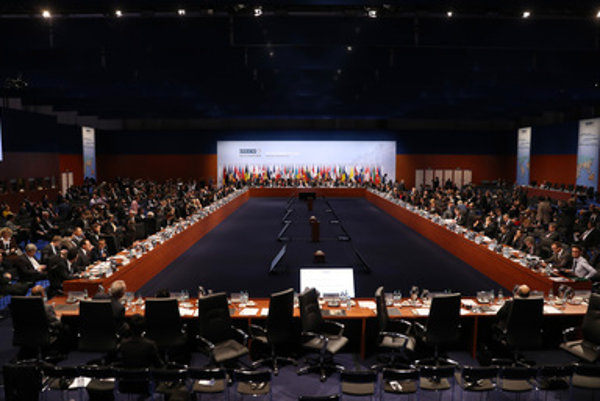 Slovakia’s bid was approved by foreign affairs ministers of the organisation at the 23rd Ministerial Council in Hamburg. Slovak Foreign Minister Miroslav Lajčák spoke about the country’s interest in presiding over the OSCE in his speech in Hamburg on the previous day.

The presidency is currently held by Germany, with Austria and Italy set to follow in 2017 and 2018, respectively. The given country’s foreign affairs minister always serves as OSCE’s chairman-in-office.

Lajčák called for the implementation of policies that ensure dignity for people as well as politics that are transparent and not hidden or furtive. The minister emphasised the good service that Slovakia has performed for the organisation’s benefit and stressed Slovakia’s devotion to peace and stability.