Fetyko: We think Slovakia is worse than other countries but it’s not true

Richard Fetyko left for the USA on a one-year school exchange but then ultimately stayed for 22 years. He worked in the financial sector – first in Oklahoma, then Texas, and later on Wall Street. 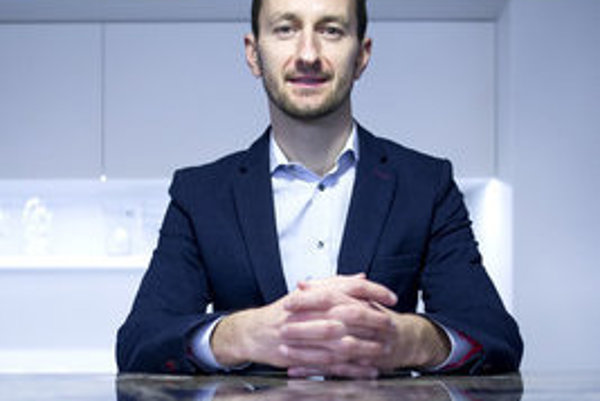 He built a reputation as a renowned stock-exchange analyst. Then, thanks to the LEAF Slovak Professionals Abroad Program, Richard returned to Bratislava two years ago, where he founded and has been managing an investment fund.

SME: Two years ago, you returned to Slovakia after 22 years abroad. How do you perceive it now, from your current perspective?

Richard Fetyko (RF): As I was away for so long, my image and ideas about Slovakia were outdated. When I left in the 1990s, shortly after the revolution, privatisation was beginning and various scandals, corruption and gangs were connected with it. I did not return often or for long – maybe once in two, three years. I had little chance to refresh my picture of Slovakia.

Since the Revolution, [Velvet Revolution, toppling the communist regime], companies with an enormous volume of revenues have been created here and they have established themselves on the global market. This also include companies which are not connected to EU-funds or state resources. I was surprised by this.”

SME: Slovakia is still struggling with corruption. Do you really have the impression that this country has made progress in this area?

RF: From my point of view – yes. Maybe I have the advantage of time lapse. I often talked about corruption with other people from eastern Europe - from Romania or Bulgaria – whom I met in New York and unfortunately this is a symptom of all economies which are transformed from the communist to the market system. It is not just a Slovak problem, although it seems to us as being worse here than anywhere else but it is not true.

EU funding has helped the country but it has also enabled unfair misuse of financial resources. This will end in a few years, too. It is true that wherever there is money, there will be corruption. I think, however, that it will get better, step by step. Transparency is getting better, too. I believe that people who live the situation daily do not see any progress. For me, the country has been developing in the right direction.

SME: Why did you come back after 22 years?

RF: Because of the job opportunity. It came at the right time and the work description fascinated me. For the past 14 years, I worked in America as a financial analyst for various investment banks: it was analytical-consultancy work for various bank funds. I advised on how to invest in shares or in firms in the internet-media and internet-technology sectors. I dealt with companies like Google, Twitter, Facebook.

I studied the whole sector thoroughly and in-depth, and consulted with firms on which shares and on which conditions to enter. I had been considering, for the past few years, that I would like to move over to the other side – i.e. the client’s – side. I wanted to be the fund manager rather than the advisor. I did not look for anything in Slovakia but coincidentally the Slovak Embassy to Washington organised a networking event in December 2013 where various people arrived. I met Michal Kováč of LEAF there. Six months later he came to me with a job offer and asked me if I would consider returning home. I was surprised and shocked that something like this opportunity could occur in Slovakia.

SME: You thought that the financial sector here is not so developed yet?

RF: Me, and many other experts and professionals abroad. I had no idea that there are such job opportunities in Slovakia. We do underestimate it too, but if someone is away form his home country for long, he does not keep track of what is going on. I was in the phase of my career in which I was looking for change. LEAF helped me a lot, otherwise I would not have made it to Slovakia. I would not be looking for anything here.

SME: What exactly are you doing in Slovakia now?

RF: The main shareholder of HB Reavis [several shareholders of the HB Reavis company are the founders and donors of the LEAF initiative] wanted to launch a private hedge-fund. My task as the portfolio manager is to create a team and set the strategy from an investment point of view. We already have one, the main one, and now we are creating and testing others. Thus, I have broadened my horizons and I am not focused on just one sector like before but we follow all sectors which seem underestimated, like the energy industry, bio-technology, the pharmacological industry. This seems interesting to me. I have to think more macro-economically.

SME: Currently, mainly Zuzana Hlávková is mentioned in Slovakia – in connection with Slovaks who have returned. She pointed to possible mismanagement at the Foreign Ministry. How do you perceive such issues, could it dissuade people from coming back?

RF: No, I think quite the opposite – people are willing and brave enough to ask questions and to publish information mostly concerning public administration. It is right that people in state administration have also started raising their voices if they have questions or reservations. It is probably more advisable to use internal channels but if someone feels that nobody is dealing with the complaint, other ways must be sought. The fact that someone said this should be perceived positively with Slovaks living abroad.

Of course, one can also see it from the negative point of view but I think that it should be viewed positively, that ever more and more people, media and state administration have started coping with corruption.

SME: You left for America 22 years ago, when it was still not common to study abroad. How did you manage?

RF: It was an exchange study programme. I was in the third class of the Košice secondary grammar school. Mum saw an ad in the newspaper and asked me if I wanted to go and stay with a family for one year.

SME: Why did you decide to study finances?

RF: I had an interesting study course at the university for my master’s degree. There was a sponsor named Michael Price. Under his sponsorship, he created a small investment fund which students had the opportunity to manage. There, we started to analyse companies, and explore where to make investments. That semester was completely fascinating for me. It was the most interesting work I'd had until then.

Looking back, I see that internships and study visits are extremely important for students. A look into real business, or the operation of state administration changes your perceptions a whole lot when you are setting your ideas. Maybe someone thinks that he wants to be in a certain business and then realises during a study visit or internship what he really wants, or does not want, to do.

The very choice of study course is difficult for everyone. Especially if the person only has experience of the work of his parents and does not know what else can be done as a job. The sooner students come into contact with real world, the better.

SME: How do you see Slovaks as investors?

RF: Slovaks are averse to risk, they fear it. Maybe this is also due to the bad experience with non-banking financial institutions. In America, investment has been deep-rooted for several decades already and people think about their pensions and do not rely solely on the state. They know that with investing, there are cycles, too. Here, that does not exist yet; it is just starting. It seems to me that people would like to have a huge return with zero risk but this is not possible.