The big national cultural institutions operated by the Culture Ministry will be open to the public for free every first Sunday in the month. 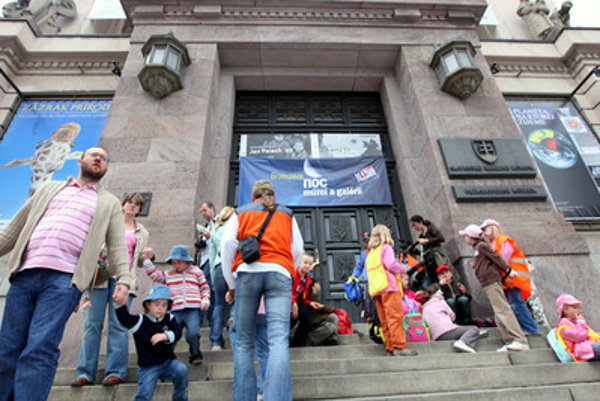 This situation is a tradition continued from previous years, and (due to New Year’s Day falling on the first Sunday of January) in 2017 it will start on February 5. The free admission applies to 37 branches of Slovak National Museum (SNP), the Slovak national Gallery, the Museum of the Slovak National Uprising and the Slovak technical Museum, around Slovakia, from Bratislava, through Banská Bystrica, all the way to Košice, the SITA newswire writes.

The selection of museums and galleries is wide, comprising classical exhibitions, permanent expositions in museums, an open-air museum, monuments to World War II, and even a planetarium.

The Slovak National Museum includes its 18 branches – in Martin, Modrý Kameň, Betliar, Bojnice, Častá – Červený Kameň, Svidník, Myjava, Levoča, Modra, Sereď and Prešov as well as the capital. The Slovak National Gallery offers it main site in Bratislava and the Gallery on Naïve Art Schaubmar’s Mill in Pezinok for free year round but on the first Sunday in each month, free entry will include the branches in Ružomberok, in Spišská Belá and at Zvolen Castle.

The SNP Museum also offers free entrance to its headquarters in Banská Bystrica and branches in Nemecká, Kalište and Tokajík.

The Slovak Technical Museum (STM) in Košice offers free entrance on first Sundays not just for its main building in the Main (Hlavná ) Street, but also for the Aviation Museum and the Planetarium, also in Košice, and the Museum of Transport in Bratislava; as well as for the smaller, specialised branches in Spišská Belá, two of them in in Medzev, one each in Budimír, Spišská Nová Ves and in Prešov.

Two STM branches may be closed, though: the technical monument –the Blast Furnace in Vlachov faces renovation, while the Aviation Museum is closed until April 17, according to SITA.