No corruption, no problem

The interior minister says there is no corruption in the highest places in Slovakia. How could citizens not feel offended by his words? 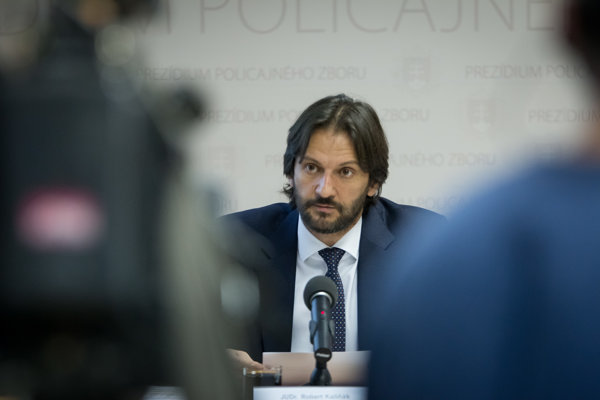 You cannot prosecute corruption if it does not exist, says Minister Kaliňák. (Source: SITA)
Font size:A-|A+

There is no corruption in the highest places in Slovakia.

“Give me one example from last year of corruption taking place on the top floors of politics,” Interior Minister Robert Kaliňák asked journalists on January 4. But he did not wait for an answer. There could be none, for there is no such thing as corruption in the higher echelons of politics in Slovakia.

This statement, although it may sound reassuring to an accidental reader, outraged many Slovaks, judging from the furious reaction on the street, both virtual and actual.

The minister later complained that the media had taken his words out of context, or misquoted him, and that he was merely trying to illustrate the improvements Slovakia has made in the fight against corruption.

Regardless of context, how could citizens not feel offended by his words? There are several reasons to believe that it might be the minister who has taken things out of their real context.

That context is, for instance, the rise of extremism and anti-system sentiments to become one of the defining elements of the political scene in Slovakia. Surveys have repeatedly shown that it is not so much that people are turning a sympathetic ear to racism and xenophobia because of any innate appeal they may have, but simply as an alternative to what they see as the style of governance they have witnessed over several consecutive election terms. They have had enough of corruption, of nepotism.

In a more subtle, between-the-lines and perhaps even unintended way, saying that there is no corruption at the highest level suggests that offering and accepting bribes (both criminal actions under Slovak law) is something that only the masses indulge in, while those holding the highest office are as clean as lilies and immune from such vices.

If they are, it is high time they shared their know-how about that immunity, and reveal their miracle vaccine, because there is no doubt the country needs it in order to emerge from this epidemic.

Just on a side note, while such a statement about corruption would likely offend people whoever it came from, it has a particularly piquant feel coming from the interior minister, who has let month after month pass without offering any satisfying explanation of his involvement in the Bašternák case.

Sure, nothing has been proven and nobody has been convicted. But the presumption of innocence as it is applied in law should not apply to the same degree in politics. Quite the contrary.

This is especially true when there are so many suspicions and allegations that point to possible corruption reaching the highest places, not limited to the current or any particular government. As longstanding political commentator Marián Leško told the Sme daily in a recent interview, it appears that “corruption is not an operational accident, but the fundamental way things ‘work’.”

As things stand, it is not corruption but rather self-reflection that is missing on the highest places.