The last astronaut on the Moon dies

Astronaut Eugene Cernan was of Slovak and Czech origin. 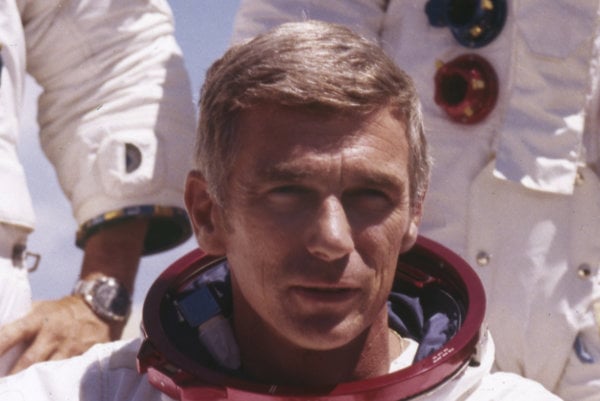 US astronaut of Czech and Slovak origin Eugene Cernan died on January 16 in the age of 82. He was the last astronaut on the Moon and also one of three people who flew to the Moon twice.

Cernan was born on March 14, 1934 in Chicago. His father was of Slovak origin, while his mother was of Czech origin. He studied at Purdue University and in 1958 became a naval aviator. Five years later he was picked by NASA representatives to become one of 14 candidates for the Gemini and Apollo missions.

He has been in space three times: in June 1966 he attended the Gemini 9A mission, in May 1969 the Apollo 10 mission, and in December 1972 the Apollo 17 mission, which was the last one with a human crew that flew to the Moon.

Cernan left NASA and the army in 1976 and started a private business. He has appeared on television and published an autobiography “The Last Man on the Moon” in 1999, which served as a base for a documentary bearing the same title, SITA wrote.

The astronaut also visited Slovakia three times: in 1974 (when it was part of Czechoslovakia), 1994 and 2004. During his second visit he was awarded by The Order of the White Double Cross Second Class by then-president Michal Kováč. He also received a golden medal of the Slovak Academy of Sciences for his contribution to the development of applied electronics, electronics and space sciences, the TASR newswire reported.

During his last visit, Cernan ceremonially opened the photo exhibition taken during the flight to space in 1972. It was composed of 15 large-size and 54 smaller pictures from NASA archive in Houston.

Cernan was also the holder of honorary doctorates granted by the Comenius University and the Slovak University of Technology in Bratislava.